Hotline Miami 2’s Soundtrack is Yours to Own on Vinyl 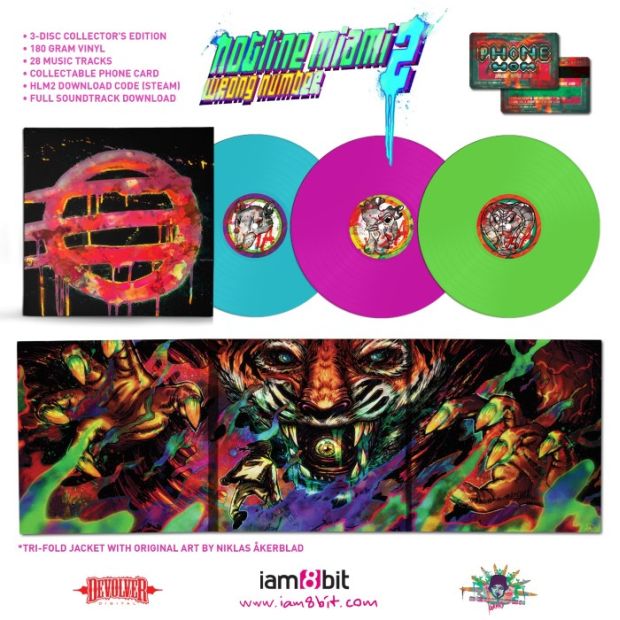 Among the many awesome aspects of Dennaton’s Hotline Miami was its music and it’s expected that the upcoming Hotline Miami 2: Wrong Number will have a similarly groovy soundtrack. To capitalize on the same, Dennaton has announced a 3 disc vinyl set for the game’s soundtrack.

Though the set costs $60, it’s less of a hipster alternative to the official soundtrack and more of a collector’s edition, packing a sweet tri-fold jacket with original art by Niklas Akerblad, a collectible phone card, a digital version of the soundtrack to download and of course, a Steam key for Hotline Miami 2. Despite the vinyl itself costing a fair amount to produce, Dennaton is offering even more value for the price.

Hotline Miami 2: Wrong Number will be out in Q1 2015 for PC, PS3, PS4 and Vita and will feature multiple playable characters this time around. Don’t worry though – the same gruesome gameplay remains, this time with dual wielding and chainsaws.