The jury is still out on how much danger Bioware is actually in from a financial standpoint if Anthem doesn't do well.

Bioware has a long history of impressing gamers with well-crafted characters and awesome gameplay in their video games. It wasn’t until last year’s Mass Effect Andromeda that Bioware really drew any decisive and united criticism from fans. Ending of Mass Effect 3 aside. Andromeda reviews spilled in from all corners of the internet and were mixed at best. Most reviewers noted the same complaints. Unfinished, wonky animations, unevolved gameplay, and performance issues that at times seemed worse than some of BioWare’s last-gen efforts. It wasn’t long after the negative reviews made the rounds that complaints turned into memes, and videos of particularly heinous sequencies started to surface.

Hilarious? Yes, but this was obviously not what Bioware had in mind for their multi-million dollar decade old franchise. Compliments went to the improved combat, and there were certainly some areas of the game that looked positively stunning but these moments were so undercut by the bad moments, and they only served to draw more attention to Andromeda’s slip ups due to how jarring they felt after encountering a beautiful vista and getting through a particularly engaging scene. Positivity generally stopped there.

"We all know with the high stakes nature of video game development these days, all it really takes to sink a studio is one bad game."

In light of the game failing to meet expectations and live up to the Legacy of the franchise, the developers had decided not to release any major DLC for the game outside of patches, which was unfortunate to hear considering how expansive and interesting the Mass Effect universe really is. Exact sales figures don’t appear to be available at this time, but some estimates are out there, and they are mostly put it at around 2 million copies, which isn’t terrible and certainly keeps it from being a complete commercial failure, but also isn’t nearly what it could have or should have been considering what franchise it is a part of.

Andromeda is a disappointment not because it didn’t meet standards, but because it didn’t exceed them. Thankfully, EA already has Bioware hard at work on another, brand new intellectual property. Anthem, is currently being touted as lots of things. It’s a new science fiction franchise, a potential landmark game for graphics and performance, EA’s answer to Destiny, but most interestingly, it is also being tasked with the responsibility of potentially being Bioware’s do or die project.

We all know with the high stakes nature of video game development these days, all it really takes to sink a studio is one bad game. Throughout the years of games getting to where they are now, the industry still hasn’t really fully dealt with the problem of years and years of excellence counting for nothing when one game underperforms too badly. We’ve seen lots of great studios close their doors over this, and as unfortunate as it is, it is the truth. Bioware is not immune from this system. Thankfully, the fact that EA has acquired Bioware does provide a bit of cushion. And also, its not like Andromeda completely bombed. Despite the fact that it didn’t totally meet expectations, Andromeda did sell. Estimated sales figures do put it within range of some of the better-selling games of last year. 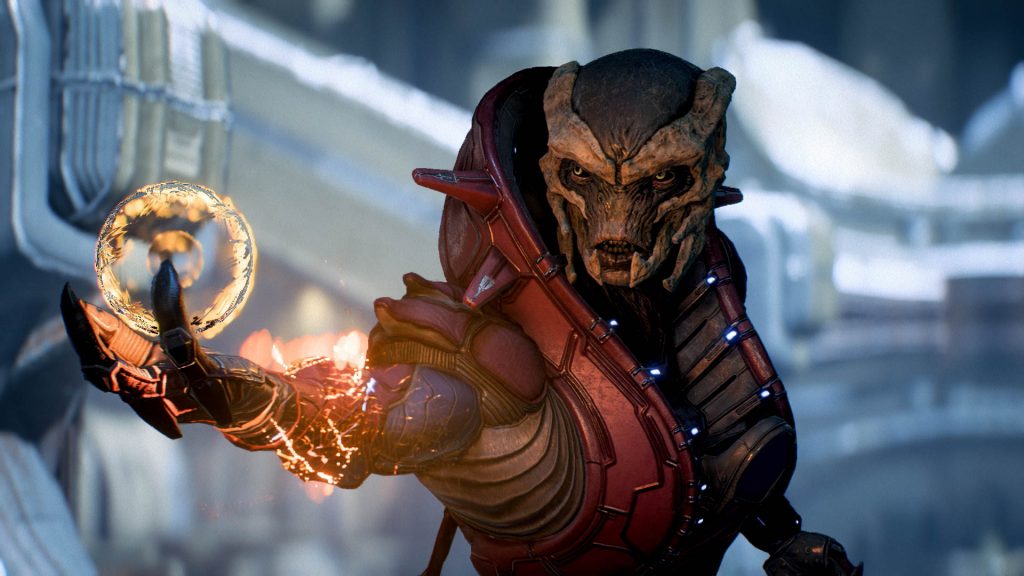 "I did find it interesting that the new gameplay trailer for Anthem went out of its way to show off the excellent character models up close and the well-crafted facial animations, which of course was Andromeda’s most prevelent point of complaints."

The damage that was really done to Bioware wasn’t as much financial as it was reputation. Bioware was synonymous with great games, and now that’s not necessarily true. At least until their next project comes out, the game that will be linked with the name Bioware in a lot of gamer’s minds will be Mass Effect Andromeda, and for Bioware, that is a problem. However, so far, what we have seen of Anthem is impressive, and it could be exactly what Bioware needs.

Top notch graphics are on full display in the footage thats been released so far. Environments being heavily affected by weather elements and vivid lighting make up what could be one of the most atmospheric games we’ve seen in years. Cooperative online functionality was also shown off, and this is what really gives out the “EA’s answer to Destiny” vibe I mentioned before, and could potentially ecplise Activision’s franchise as there are certainly solid complaints about Destiny 1 and 2 that EA could avoid with Anthem.

Some speculate that maybe this game was receiving more attention than Andromeda during Andromeda’s development, and boiware more notable talent and resources were being diverted to Anthem from the get-go. This theory would certainly explain why Andromeda made so many rookie mistakes after all. And its not a new tactic for developers to divide up their team into two hemispheres to increase productivity and put out more games within a short period of time.

You can’t blame a studio for trying this as the amount of time and manpower that goes into making modern AAA games has certainly gone up over the years while demand for them has never been higher. The key is dividing up your team responsibily. Talent needs to be present and evenly-distributed in both the A team and the B team, and if its not, the finished games will certainly reflect that. I’m willing to bet that this is what happened, and the team saddled with Andromeda possibly just wasn’t quite where they needed to be to pull it off on their own.

I did find it interesting that the new gameplay trailer for Anthem went out of its way to show off the excellent character models up close and the well-crafted facial animations, which of course was Andromeda’s most prevelent point of complaints. It was reported that Bioware “outsourced” their facial animations, which sort of just gives rise to more questions than it answers, but, regardless, there is no doubt that Anthem has more responsibility on its shoulders now than perhaps it was originally intended to have. 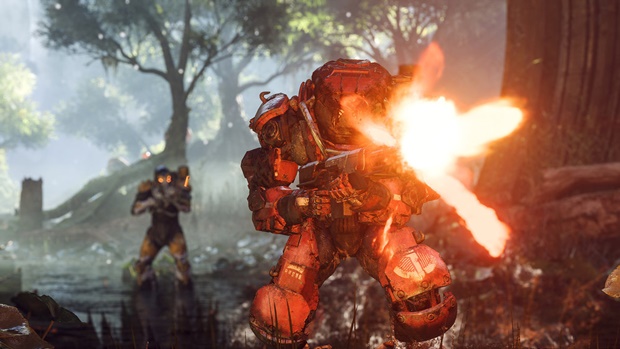 "Will Anthem save Bioware? If EA doesn’t pull an EA, and insert micro-transactions all over the place while passing up on a progression system that resembles anything that makes any sense, then it is a real possibility."

Thankfully, mockery of Andromeda aside, it does appear that Anthem is on the right track to redeem Bioware and restore them to the reputation they so rightfully have earned over the years as one of gamings senior studios, and a studio that can be trusted to deliver quality content to consumers. This wouldn’t be the first time a studoi had pulled off a rebranding of this sort, in fact it seems to be a phase that lots of studios have to go through at some point. Most studios can’t say everything they’ve ever released has been great. Lessons need to be learned the hard way at least once for most studios, and it appears that with EA’s financial backing, Bioware will survive and live another day thanks to Anthem.

Without EA’s backing, this could have been a different story though. Most studios who underperform with a game don’t get a second chance, so while studios being owned by larger companies might have have to deal with a few drawbacks to those arrangements, being allowed to live on and continue to stay in business is surely hard to argue with at the end of the day. Will Anthem save Bioware? If EA doesn’t pull an EA, and insert micro-transactions all over the place while passing up on a progression system that resembles anything that makes any sense, then it is a real possibility. The jury is still out on how much danger Bioware is actually in from a financial standpoint, but surely they are not where they want to be, and Anthem is, at the very least, going to have to stop the bleeding.