How Much Does It Cost To Build A PC As Powerful As The Xbox One X?

The results are surprising.

Consoles have historically provided much better bang for buck in terms of gaming. This is why the “PC gaming is expensive” stereotype continues to this day. However, with the release of the PS4 and Xbox One, which featured hardware largely equivalent to lower midrange PC hardware, circa 2012, the balance shifted: with the focus shifting to efficiency with Nvidia’s Maxwell architecture, (and with price-slashed AMD rebrands offering good performance at similar price points), parts like the GTX 750 Ti suddenly made console-quality PC gaming viable for less than the price of a console. While both the Xbox One and PS4 have had price cuts since their launch in 2013, building a console-equivalent PC has only gotten cheaper.

The Xbox One X, however, is a bit of a curveball in that respect: while it is priced higher than the other consoles currently on the market, it’s certainly not a price-point we haven’t encountered before: after all the Xbox One (with Kinect) launched at $499, as did the PS3 with its $599 price tag, over a decade ago. But that extra $100 over the PS4 Pro goes a long way. They weren’t kidding with the marketing spiel: The Xbox One X really is the most powerful console ever made. For the first time, we’re looking at a console with GTX 970/RX 480 levels of performane, albeit paired with a relatively CPU. With the Xbox One X’s imminent arrival, building a console-equivalent PC’s gotten quite a bit harder, but it’s certainly not impossible. Let’s take a look at how much it will cost to build a PC as powerful as the Xbox One X. 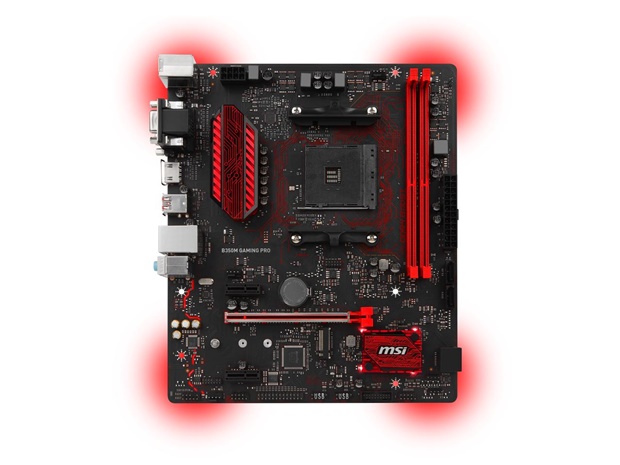 With the B350M, we’re looking for a solid, entry-level AM4 motherboard that’ll be compatible with the Ryzen 3 1200 CPU we’re using, and allow for a reasonable bit of overclocking. Normally selling for around 80 dollars, the B350 Gaming Pro is a steal at $69.99. With a single PCI-E x16 slot, a healthy number of USB 3.1 ports, and support for dual-channel DDR4 at up to 3200 MHz. The B350M gets the basics right and, importantly, keeps us within the target budget. 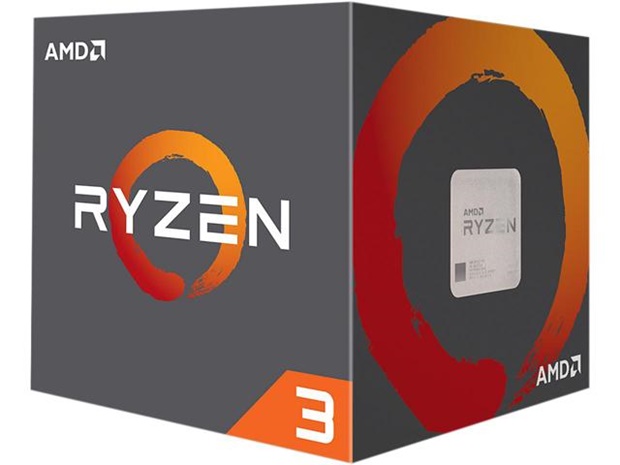 Ryzen is indeed a paradigm shift in terms of what you can expect from a entry-level processor. A few months ago, we’d have had to recommend a dual core Skylake i3 at this price point, considering the frankly appalling gaming performance of parts like the FX 4300 and 6300 based on the Piledriver platform. With Ryzen finally catching up to Intel in terms of IPC, the Ryzen 3 1200 performs about as well as Haswell i5s, such as the i5-4400. This means significantly better performance than the Xbox One X’s “customized” 8-core Jaguar setup, opening  up opportunities for 1080p/60 FPS gameplay. Moreover, because all Ryzen parts are overclockable out of the box, the Ryzen 3 1200, along with the B350M mobo will offer a decent amount of headroom to squeeze out even more performance. 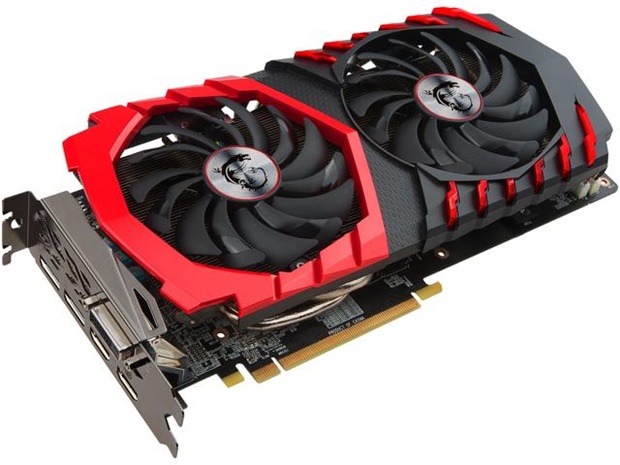 To be honest, this was a tough one. At launch, the 4 GB 570 would’ve been a no-brainer. And importantly, at $169, it’d have brought the overall price of the build down to Xbox One X levels. Unfortunately, prices for Polaris cards have absolutely skyrocketed due to the cryptocurrency mining craze. Used RX 480s often fetch in excess of $400 online. This makes sense from a mining perspective: run a card for a few months and you’ve earned back your investment considering the rate at which Bitcoin and Ethereum, among others, are appreciating. The problem here is that Polaris 10 was positioned as a line of affordable, midrange gaming cards. At present price-points, they’re just viable for the purpose. Most of the Polaris 10 parts we spotted were going for $300 or more.

Luckily, Microcenter has a 4 GB RX 570 selling for $250. That’s still not that great a deal, considering it’s a third higher than the suggested retail price, and the only reason we’re picking it over the 3 GB GTX 1060 is the extra gig of VRAM. Running an R9 Fury here, we’re feeling the pinch at 1080p, and things aren’t going to get any better over time. The R9 570 is a good stand-in for the Xbox One X’s GPU: the lower shader count is partially offset by higher core clocks, and in real-life scenarios, the RX 570 handles 1080p/60 and 4K/30 gaming reasonably well, as we’d expect the Xbox One X to. 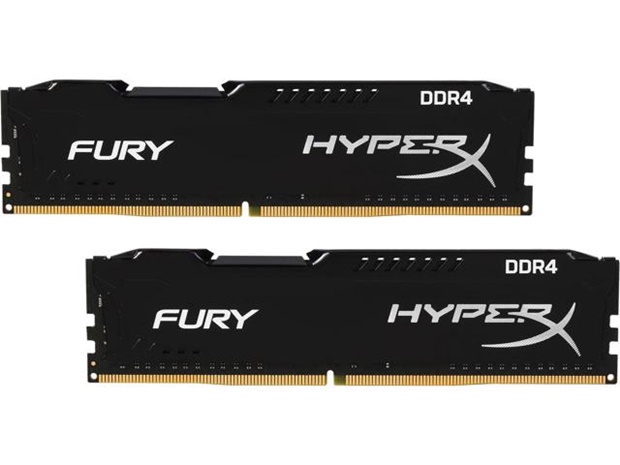 Dual-channel DDR4 with the ability to crank clocks up to 2666 MHz. What’s not to like? While 16 GB of RAM would’ve futureproofed things a bit, the reality is that we’re still not far off from the Xbox One X’s memory allocation: while it does have 12 GB of DDR5, it’s a shared pool. From experience, 4 GB of VRAM is rarely enough at 4K, the resolution the Xbox One X targets, meaning in that in most cases, it’s unlikely that the One X’s CPU will have access to more than 8GB of the shared pool at a given time. Ryzen scales well with faster RAM. With a moderate OC on the 1200 and the DDR4 at 2666 MHz, gaming performance will likely be well within the ballpark of Haswell i5s, which is nothing to sniff at. 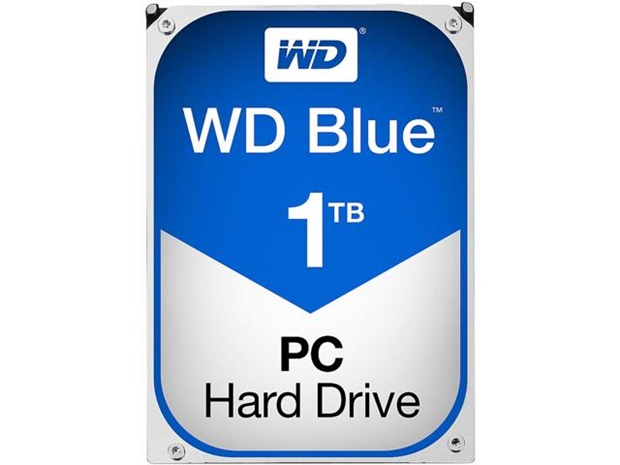 Would it be a good idea to include an SSD in this build? Yes. Would we able to do that and keep the cost in check? No. To get this build down to a price point that’s at least in the ballpark of the Xbox One X, something’s got to give, and storage is the logical part to cheap out on. The B350M has space for an M.2 SSD, something that can be added in at a later date if the need arises. But for the time being, we’re looking at no-frills 7200 RPM hard drive with 1 TB of storage space. It gets the job done. Just about. 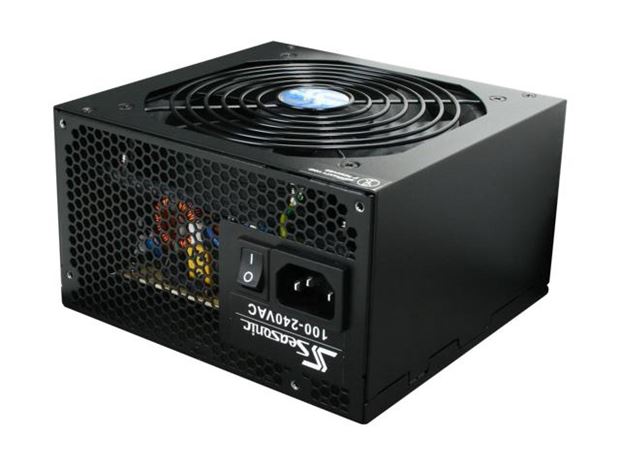 Both the Ryzen 3 1200 and RX 570 are frugal parts when it comes to power consumption: you don’t need a monstrous PSU to power this particular setup. Still, it’s good to have a reasonable degree of power headroom if you’re considering overclocking the processor, GPU, or both, The S12II is a solid, reliable 80-plus Bronze certified PSU that’s reasonably priced. In it goes! 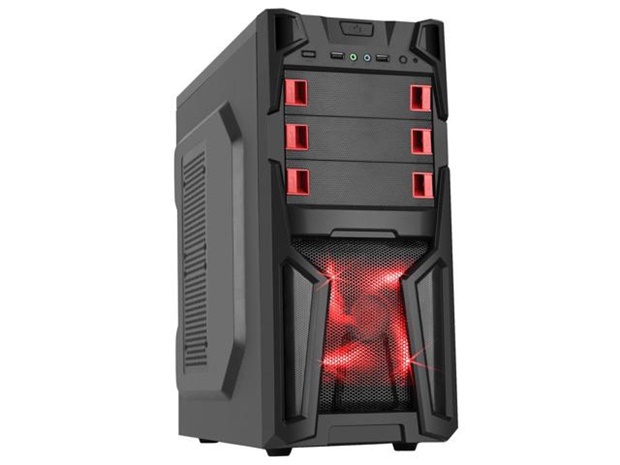 We’re of the school that doesn’t subscribe to the idea that cases have to look nice. They need to be functional, with reasonable airflow. The Xbox One X sure will look better than your build in this particular case, but at a bit shy of $25, it’s money well saved.

At $625, this build does cost a bit more than the Xbox One X. But on the plus side, the relatively powerful Ryzen 3 1200 won’t face the kind of CPU constraints that’ll likely prevent the Xbox One X from hitting 1080p/60 FPS in many games. With the 4GB RX 570, it’ll also make a good fist at 4K/30 gaming. And of course, it’s far more modular and upgradable than the Xbox One X. Moreover, a good chunk of the cost here is down to the fact that the cryptocurrency mining bubble has inflated the cost of AMD graphics cards. Is GPU mining of Ethereum going to remain profitable for the next several months? That’s anyone’s guess. And the thing about bubbles is that they burst.

When (not if) GPU mining ceases to become cost-effective, all of these cards are going to flood the secondhand market at incredibly low prices. Check back in 6 months time. There’s no telling, but this same build might well cost less than $499. However, at this point, if you were to make a gaming PC with attention to hardware comptability and which is as powerful as the Xbox One, it will cost you around $625 and that doesn’t even include the operating system’s price which further makes Microsoft’s latest machine a great investment.

Tagged With: Microsoft, pc, Xbox One, xbox one x