How Much of the PlayStation 3’s Power Do The Exclusives Use? 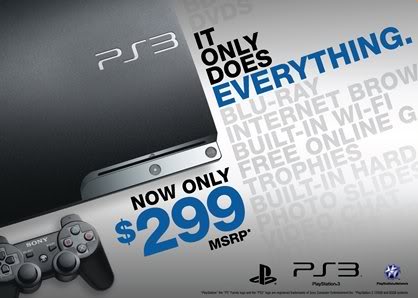 Just like its predecessor the PlayStation 3 is an amazing machine and for any developer to exploit the capabilities of the hardware, he/she has to be well acquainted with the architecture and the internal processes of the machine. Today, we take a look at how much percentage of the PlayStation 3’s power did some of the well known exclusives utilized.

Note: If I have missed out on any other quotes, readers are requested to add more in the comments below.

“The tech and gameplay teams have moved tons of things over to the SPUs that used to run on the PPU. Collision and physics are entirely running on SPUs now, which allows us to put much more on the screen at once than we were able to with Resistance. Moving more and more code to the SPUs is an ongoing process and I think we’ll continue to see major benefits from this for several more years”

One of the best exclusives on the PlayStation 3 and perhaps one of the greatest games in the last decade, MGS4 was a stunning example of technical perfection. So how much power did this game used? Konami Digital Entertainment President Fumiaki Tanaka said that Konami had used the PlayStation 3 to its capacity.

“We believe that the PlayStation 3 still has some undiscovered capabilities, and there’s still many points where we can be more clever to take its full advantage. We will continue to create more good products in the future.”

One of the first games that looked mind blowing on the PS3, Drakes Fortune garnered critical and commercial  praise. According to designer Richard Lemarchand, the 2007 PS3 exclusive used less than half of the PS3 power.

“That’s why we think we’re probably only using 30 or 40 per cent of the power of the PS3 right now, and there’s this great, untapped potential.”