Hyper Scape is a Free-to-Play Battle Royale Shooter by Ubisoft, Out in July – Rumour

The game will reportedly be teased soon, and enter closed beta next week. 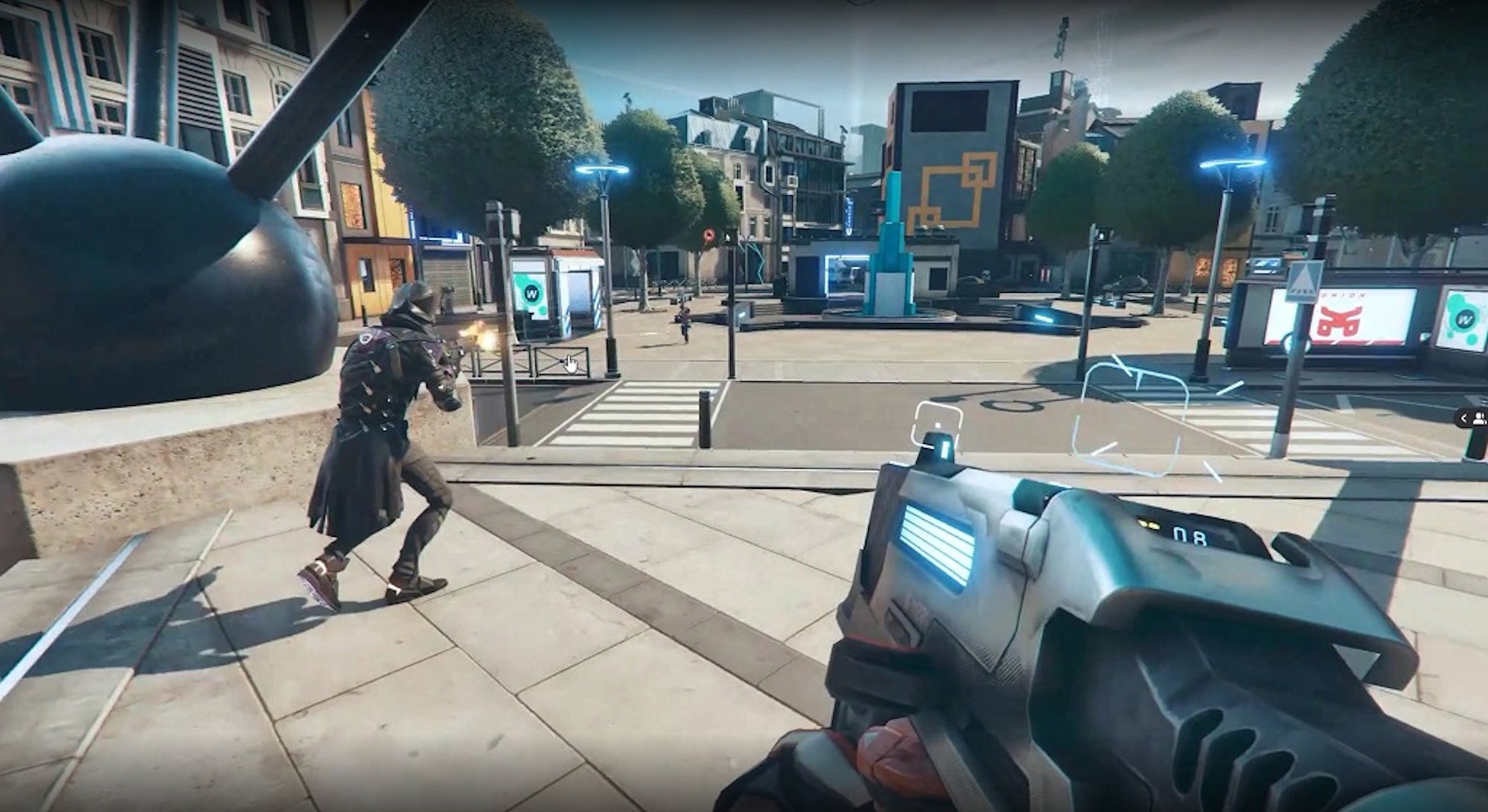 It looks like Ubisoft are gearing up to make a surprise announcement of a completely new game that not many people may have seen coming- and one that almost didn’t leak, which would have been uncharacteristic for a Ubisoft game.

Over on Twitter, esports consultant Rod Breslau is reporting that as per anonymous sources, Ubisoft will be teasing a new game today with the codename Prisma Dimensions. That game is actually Hyper Scape, a AAA “fast-paced” free-to-play battle royale first person shooter, developed by Ubisoft Montreal, the studio behind Rainbow Six and Assassin’s Creed.

Hyper Scape is reportedly set in a “futuristic virtual world.” The game will enter closed beta next week, and will launch in full on July 12, probably with an announcement reserved for the E3-style digital event, Ubisoft Forward. It will launch on PC first, with a console launch coming later in the year.

Breslau also followed-that up more information, saying the game has been developed with streamers in mind and through a “full partnership” with Twitch. It will, in fact, supposedly feature “never seen levels of integration from a big game before.” For instance, as Breslau describes, “Twitch chat will among other things be able to directly impact the game live with game-changing events.”

He also states that Ubisoft have invited hundreds of streamers, professional players, outlets, and YouTubers for hands-on time with the game. Impressions and gameplay footage from this will be shared some time next week.

Of course, this is not official information, and as with any leak, don’t take this as confirmation- though it seems this will probably get confirmed in a week, so we’ll find out soon enough. Stay tuned for more updates.

Sources: Hyper Scape is a free to play BR FPS set in a futuristic virtual world for both PC and consoles with the console launch coming later this year including crossplay. Hyper Scape goes into closed beta next week with open beta and full launch of the game on July 12th pic.twitter.com/gUURbvo1N3

much like the launches of Valorant and Apex Legends, Ubisoft has invited hundreds of streamers, pro gamers, and youtubers to get a first look at the game. they (and likely games press too) will be releasing the first gameplay footage under embargo later this week