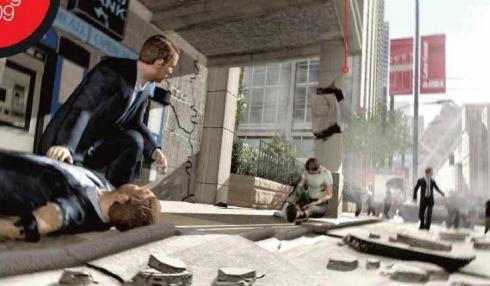 Ubisoft just don’t get it, do they? After throwing all kinds of DRM at PC gamers, they are now saying that they won’t put I am Alive on the PC because of Piracy concerns. In case you don’t know, I am Alive is an upcoming action game which was supposed to be released on PSN, Xbox Live and the PC.

The game reportedly went through development hell, and PC gamers were wondering if the game will be released on the PC or not. Ubisoft has finally put those concerns to rest by calling majority of PC gamers, pirates.

Ubisoft’s creative director, Stanislas Mettra raised these issues in an interview with Incgamers and mentioned that putting the game on the PC was very risky and they won’t make much money from it.

“We’ve heard loud and clear that PC gamers are bitching about there being no version for them“, he said. “But are these people just making noise just because there’s no version or because it’s a game they actually want to play? Would they buy it if we made it?”

Someone needs to tell Ubisoft that plenty of indie developers and big publishers have found success on the PC platform and especially on Steam. It’s the general attitude of Ubisoft towards PC gamers is what encourages customers to reject their products. Including draconian DRM like “always-on internet connection required” is only going to hurt the legit customers.

In fact, I’d like to quote Gabe Newell here. He said, “The easiest way to stop piracy is not by putting antipiracy technology to work. It’s by giving those people a service that’s better than what they’re receiving from the pirates.”

It’s such a simple logic, which Ubisoft doesn’t understand. Instead of adapting to the PC market they’re just turning away their legitimate customers due to DRM.

Ubisoft had earlier claimed that their DRM measures were reducing piracy a lot, but they didn’t reveal whether there was an increase in sales or not. Whatever it is, their entire approach to the PC platform is wrong and just insulting to the PC gamers.

Mettra had more to say, though. He added, “It’s hard because there’s so much piracy and so few people are paying for PC games that we have to precisely weigh it up against the cost of making it.

“Perhaps it will only take 12 guys three months to port the game to PC, it’s not a massive cost but it’s still a cost. If only 50,000 people buy the game then it’s not worth it.”

All companies have a profit oriented mindset, but Ubisoft just takes it to another level. Although, they make some good games for the PC like the Anno franchise, which was always a PC exclusive.

Are you upset by their comments? Tell us what you think in the comments section below.