Archive For I Am Alive Tag 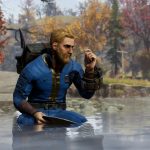 I Am Alive released for the PC, trailer inside

The console versions are already released. 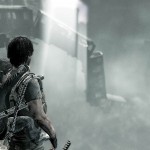 I Am Alive: Some PC screenshots

Check out these screenshots from I Am Alive. 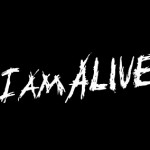 I Am Alive Announced for PC – And it’s About Time

"Survival done right" comes around to a high resolution offering.

I Am Alive Finally Hits PSN

I Am Alive is now available on Sony Entertainment Network. I Am Alive takes a realistic approach to the survival action-adventure genre, challenging players to strategically assess situations f... Read More

XBLA charts for this week shows some interesting things, and its an Ubisoft game that tops the chart. Most of you must have heard of I Am Alive, if not, our review will explain why the game is so ... Read More

I Am Alive Review

I Am Alive has had a turbulent history. Announced to be in development in 2008, the game since slid in and out of public consciousness, often being relegated to the status of vaporware, another title ... Read More

I Am Alive Gets A Launch Trailer And A Companion App

Ubisoft have released the launch trailer for I am Alive. The game comes out today for Xbox live and will cost you 1200 MSP. Ubisoft have also launched a companion app along with the game, which yo... Read More

Check out how you can survive the harsh world of I am Alive. In I Am Alive, players will be challenged by both their environment and their enemies. Stamina and resource management are key when being ... Read More

I Am Alive is coming to Xbox LIVE Arcade House Party on March 7, 2012. I Am Alive follows an everyman’s journey to find his wife and daughter, who were lost during the “Event.” A year lat... Read More

This Is How You Survive In ‘I Am Alive’

[HTML1] Ubisoft have released a new video outlining some interesting gameplay mechanics in it's upcoming survival action game: I Am Alive. Bullets will be rare, so you got to use your brains and t... Read More

CES 12 – I Am Alive gameplay footage

[HTML1] There were some new footage shown at the concluded CES 12 event recently. One of them was from I Am Alive, which is being made by Ubisoft. The footage shows some climbing gameplay from t... Read More

I Am Alive Rules Trailer

[HTML1] Check out this new trailer from I Am Alive. I am not that impressed by this trailer or the game so far in general, but considering it is on PSN and XBL, hope Ubisoft makes some money out of... Read More 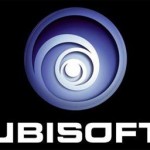 [caption id="attachment_40917" align="aligncenter" width="505"] I Am Alive[/caption] Ubisoft just don't get it, do they? After throwing all kinds of DRM at PC gamers, they are now saying that they ... Read More

I Am Alive Makes A Comeback In This New Trailer

[HTML1] Check out this new trailer from I Am Alive. I Am Alive follows an everyman’s journey to find his wife and daughter, who were lost during the “Event.” A year later, he finds Haventon,... Read More

I Am Alive Releases This Winter, First Gameplay Trailer Inside

[HTML1] Ubisoft announced that I Am Alive is coming to Xbox LIVE  and PlayStation Network this winter. The game is being developed by Ubisoft Shanghai. I Am Alive follows an everyman’s journey ... Read More

I Am Alive full 2008 trailer and gameplay screenshots leaked

[HTML1] Gameplay Shots [HTML2] This is the official teaser trailer for the late game "I AM ALIVE". It was originally announced in 2008 but has been on hold for quite some time. Tell us what y... Read More 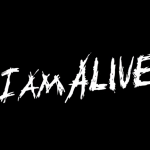 Other than hearing that Ubisoft's I Am Alive will be re-booted and that Ubisoft Shanghai will be working on it, we haven't heard or seen anything about the title, but now a new trailer for the game ha... Read More