I Am Alive released for the PC, trailer inside

The console versions are already released.

Posted By Kartik Mudgal | On 06th, Sep. 2012 Under News | Follow This Author @KartikMdgl

I Am Alive was released on the PS3 and Xbox 360 long time ago and it’s now finally going to be released on the PC and Ubisoft has released a launch trailer for the same to celebrate the game’s release on the PC. The console versions were received well by critics and even our review was quite positive. 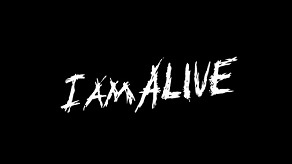 “It’s not a game for everybody, but for those who believe they will appreciate a game that spiritually evokes some of the best titles ever created, and who think they can actually use their imagination in conjunction with the game to create a beautiful, emotionally moving drama, I Am Alive is heavily recommended. It might be the most unexpectedly good game you have played in a very long time,” wrote our author Pramath.

The game  asts the player as a lone survivor in a believable, dark and insecure post-apocalyptic world. One year after the Event, a worldwide cataclysmic event that wiped most of the human race, a man struggles for survival in a desolate city as he tries to reunite with his long lost wife and daughter.

Tagged With: I Am Alive, pc, Ubisoft