For those of you who’re hungry for something like The Witness. 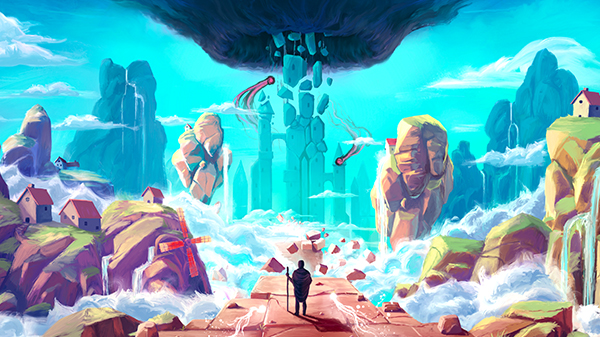 Iceberg Interactive have announced a new first person puzzle title, The Sojourn, which is being developed on the Unreal Engine by indie development team Shifting Tides, and will be launching on PS4, Xbox One, and PC in 2019 (that’s as specific as they’ve gotten for the release date). They’ve made the announcement via a trailer (of course), as well as a press release.

The trailer doesn’t show much gameplay, but it does show plenty of in-game footage, and while I can’t speak to what sorts of puzzles the game’s going to have, I can at the very least say that it looks beautiful- the art style, the lighting, just the general visual palette. It’s all very beautiful indeed, and also more than just a little reminiscent of Jonathan Blow’s 2016 masterpiece, The Witness (also a first person puzzle game, of course, and with similar vibes too, I must say). You can watch the trailer below.

It also looks like The Sojourn is going to be something of a story-focussed title. “The Sojourn is a thought-provoking first-person puzzle game in which you traverse the parallel worlds of light and darkness in search of answers to the nature of reality,” the press release says, before once again going on to describe the game as “a captivating tale of light, darkness, and the nature of reality.”

It looks very interesting, to say the least. Here’s hoping they release more info on it soon- my initial reaction is a positive one, that’s for sure. What are your thoughts on The Sojourn? Fire off in the comments section below.