Ubisoft reveals what kind of a rig you’ll need to run the upcoming open world title.

Ubisoft have revealed the full system requirements for running the upcoming Immortals Fenyx Rising on PC, and they’re not too demanding, as you may have expected. GPU and CPU requirements do become a little more taxing in the higher settings, but by and large, what’s required is about what you’d expect from the game.

Meanwhile, the game also offers support for hybrid inputs, uncapped framerates, an in-game benchmark tool, multi-monitor and widescreen support, and more. You can check out the full requirements below, as well as a deep dive into the game’s PC settings and requirements in the video.

Immortals Fenyx Rising has wrapped up development, and launches for PS5, Xbox Series X/S, PS4, Xbox One, PC, Nintendo Switch, and Stadia. On PS5 and Xbox Series X, the game will run at 4K and 60 FPS. Cross-progression across all platforms will also be supported. 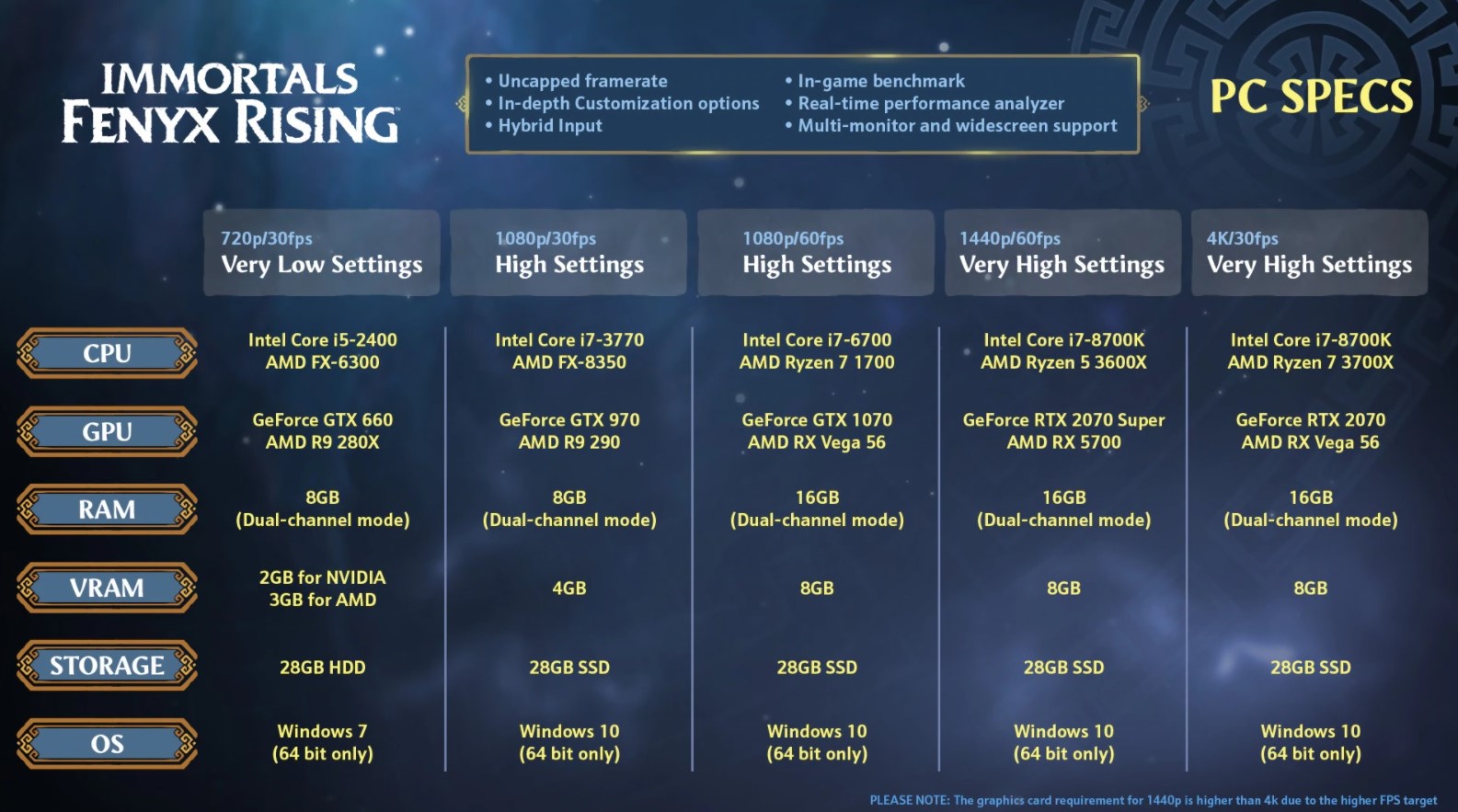