E-xpress Interactive, the leading game software distributor in India today announced that it is all set to release Rainbow Six Vegas 2, Assassin’s Creed, Ghost Recon 2: Advance Warfighter and Splinter Cell Double Agent, Four bestselling Ubisoft game titles on Xbox 360 consoleat Rs. 699 each. These titles will be available with all leading store by last week of April 2010. 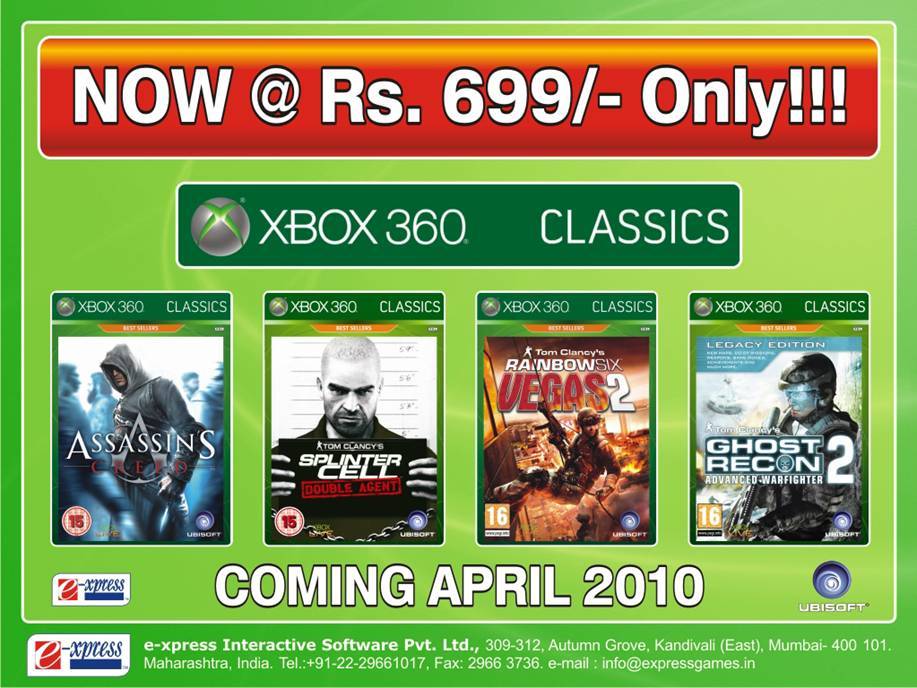 Click the image to see it in full screen

“Gaming is growing very rapidly in India, Xbox 360 has emerged as a strong platform and there is continuous demand for more and more games. It is important that products are available at the right price and is affordable to the Indian consumer. Our concepts like e-play where we sell PC games at Rs. 299 has helped in growing the industry and pushed the sales for legal software. This is another Endeavour of ours towards growing the gaming market and reaching more to the consumer.”

Look forward for more deals from E-xpress in the near future.