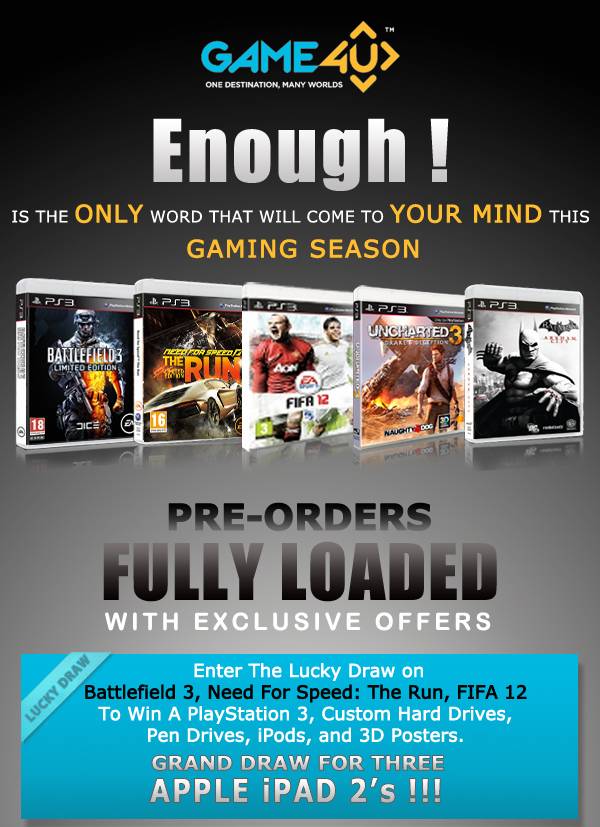 Pre-order any of your favourite games on any format and receive exclusive merchandise designed around that game.

Here is a list of bonuses on this year’s hottest gaming titles: