GamingBolt names its Industry Personality of the Year.

Last year, Phil Spencer was appointed the head of the Xbox division in a major management shakeup at Xbox within Microsoft. At that point, it seemed as if Spencer’s appointment boded good things- the man seemed sincere, one of the few Xbox executives at the time who did, and he was saying all the right things. Shortly after his appointment, he started making some pretty major moves- including the unbundling of the Kinect from the Xbox One console.

Unfortunately, at the time, it was impossible to get a real assessment of just how good or bad Spencer was for Xbox as a whole- because of how companies work, it would be a while before we would see Spencer’s influence on how Xbox was being handled. A lot of the projects and initiatives that were unveiled for Xbox under Spencer during his first year at the helm were probably not projects that Spencer himself had championed, but rather, ones that he had inherited from his predecessors. Even if Spencer spent the better part of the entire year working on new things for Xbox, we wouldn’t know until this year at the earliest.

Well, now this year is almost through, and we can look back on how Spencer has been doing with greater clarity and accuracy- and indeed, he has lived up to his billing. Spencer is the savior that the Xbox brand needed, the one who has brought back a much needed focus to the Xbox One, the one who has, yes, been saying all the right things, but more importantly, doing all the right things too. Under Phil Spencer, the Xbox One has seen a major price drop, aggressive bundles, a refocusing of the Xbox One and its UI on the gaming experience, announcements of anticipated new games including new IPs, and major gamer friendly initiatives. Under Phil Spencer, the Xbox One has begun its path to recovery- right now, the console finds itself in the kind of stage that the PS3 found itself in after a disastrous few years early last generation. Under Phil Spencer, Xbox seems intent on making itself a brand that exists primarily to serve gamers first- consolidating itself for the long haul, and hey, if along the way, it becomes attractive to people in the here and now too, so much the better. 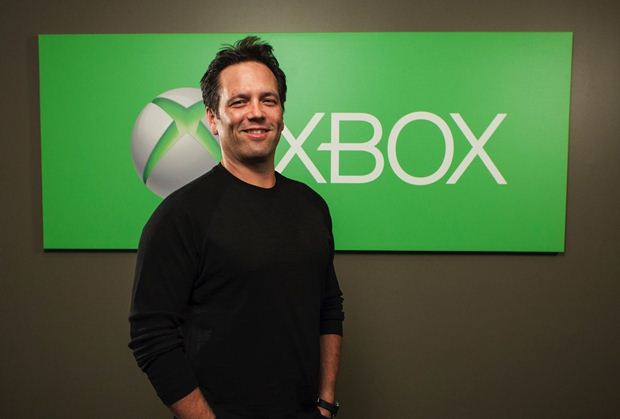 "Now this year is almost through, and we can look back on how Spencer has been doing with greater clarity and accuracy- and indeed, he has lived up to his billing. Spencer is the savior that the Xbox brand needed, the one who has brought back a much needed focus to the Xbox One, the one who has, yes, been saying all the right things, but more importantly, doing all the right things too."

Let’s start with the games first, because after all, they’re what matter, right? Spencer was at the helm this year for the releases of Gears of War: Ultimate Edition, Rare Replay, Forza Motorsport 6, Halo 5: Guardians, Ori and the Blind Forest. More important, however, were the games he announced or detailed, since these are the games that he didn’t inherit from his predecessors, but rather, oversaw the development and production of himself. And right there, it’s a gold mine of some incredible games- from continuing Killer Instinct with Killer Instinct Season 3, to a remaster of the original Gears of War as Gears of War Ultimate Edition, as well as announcing the next anticipated installment in the franchise in Gears of War 4, announcing Rare’s comeback with Sea of Thieves, an intriguing brand new IP by the studio that looks like a return to their glory days, and Rare Replay, a celebration of the studio’s glorious past with a package containing over two dozen of their best games, all in one compilation, for one unbelievably super cheap price, to Halo Wars 2, a sequel to the 2008 cult hit Halo strategy game, this time being made by Sega and The Creative Assembly, to Forza Motorsport 6, the new installment in the racing sim franchises, to ReCore, an intriguing new game from the makers of Metroid Prime and Mega Man that is apparently a throwback to the classic Zelda and Metroid games, to smaller awesome games like Cuphead.

Spencer also oversaw the world gameplay premiers of highly anticipated games such as Quantum Break, Remedy’s awesome seeming new third person shooter that is due out early next year, Crackdown 3, which looks glorious, and like one of the only games to deliver on the Xbox One’s original promise of the power of the cloud, to Scalebound, the action RPG that Platinum is developing exclusively for Microsoft’s console.

On the third party front, too, Spencer made some good moves. The disastrous Rise of the Tomb Raider timed exclusivity deal from last year bore fruit this year when the game launched for the Xbox One, got great reviews, and then promptly bombed in the marketplace; but his other initiatives this year were far more successful. From a bundle with Fallout 4 (which also came with a free copy of Fallout 3 on the Xbox One) to exclusive merchandize for the Xbox One version of The Witcher 3: Wild Hunt, Spencer tried to make owning multiplatform titles on the Xbox One a far more attractive prospect than it had been so far.

Essentially, on the games front, Spencer had you covered- whether you like first party games or third party games, smaller, indie titles or major AAA ones, new IPs or established franchises, the Xbox One was firing on all cylinders on that front this year. 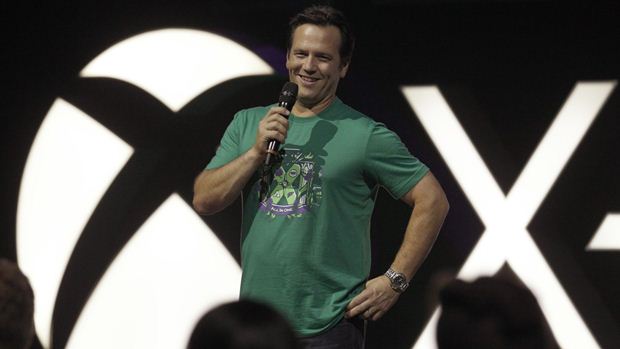 "Arguably Spencer’s biggest victory this year came from how he made owning an Xbox One an attractive proposition even outside of its increasingly impressive games lineup."

But arguably Spencer’s biggest victory this year came from how he made owning an Xbox One an attractive proposition even outside of its increasingly impressive games lineup. Spencer doubled down on Xbox’s service initiatives this year, and gamers benefitted greatly as a result.

The most obvious improvement of these was, obviously, backwards compatibility with Xbox 360 games on the Xbox One. Announced at E3 earlier this year, this was an amazing move- the Xbox One can play Xbox 360 games in a highly competent emulation wrapper that preserves the original game, enhances it, and also allows users to avail of several Xbox One exclusive features while they are playing. It was a great feature, and Microsoft also made it incredibly easy for publishers to make their games compatible with the Xbox One, should they so desire- all the coding and conversion was handled by the emulation wrapper, publishers just needed to sign off their assent, since they own rights to the code.

Microsoft’s Xbox One BC is exemplary- it works with all the games you own, digitally or on disc, as long as those games are made available on the Xbox One by rights holders. You never have to repurchase anything- and as a matter of fact, Microsoft is also using BC as an incentive- games such as Just Cause 2, Fallout 3, and the entire Gears of War saga were offered by Microsoft for free to everybody simply for purchasing the Xbox One iterations of those franchises.

Microsoft also utilized Xbox 360 BC to improve their offerings for Xbox Live Games with Gold, offering players four free full price games for free every month. As a matter of fact, Games with Gold was the second major area of improvement for Microsoft this year- the service has long since lagged consistently behind PS+ in terms of its offerings and value. Microsoft fixed that this year. Earlier this year, they announced that the Xbox One would get two free new games every month, and with the onset of the Xbox 360 BC, it would become four, since all Xbox 360 games on Games with Gold would also be made BC on the Xbox One.

Since then, Microsoft have offered some extremely impressive titles on the service- Assassin’s Creed IV: Black Flag, Metro Redux, The Walking Dead, Metal Gear Solid V: Ground Zeroes, and more, among others. Microsoft have attempted to provide some of the biggest games in their catalog to their Xbox Live Gold subscribers.

"Microsoft’s Xbox One backwards compatability is exemplary- it works with all the games you own, digitally or on disc, as long as those games are made available on the Xbox One by rights holders."

All of these improvements were wrapped up in a brand new interface for the Xbox One, that righted the wrongs of the original. The original Xbox One interface, going back to when the console was launched two years ago, was a bit of a mess- it tried to adapt the Windows 8 UI as is for the big screen, using Kinect to substitute for mouse or touch input, and being obtuse and unnavigable with a gamepad. It had a media centric focus, from back when the Xbox One was still meant to be your TV box, and frequently relied on show more than on tell. Since Spencer has come on board, Microsoft attempted to patch the entire UI up with multiple updates, but ultimately, there’s only so much bandaid you can put on anything.

The new Xbox One Experience, which is modeled on Windows 10, is far more sensible- in general, it is fast, it’s laid out sensibly, and it knows to get out of your way. Sure, it comes with its own share of issues, and since it’s new, it has altogether new bugs, but on the whole, the Xbox One’s UI has never been better than it is right now.

And that’s the state of the Xbox One as well- multiple announcements of PS4 outselling the Xbox One may make you think as though the Xbox One is doomed and without a future, but the fact of the matter is, in the here and now, and for the foreseeable future, the Xbox One is a great console, with strong support from first and third parties, great services, at a cheap price, and an overall pleasant experience. All of this owes itself to Phil Spencer- from the games to the services, from the new UI to a brand new modular controller, the Xbox One is now, finally, becoming the sort of console that may one day be regarded as a worthy successor to the Xbox 360. And all of this has to do with Phil Spencer’s expert, focused leadership.