Microsoft Announces Xbox One Bundle With Fallout 4 and Fallout 3 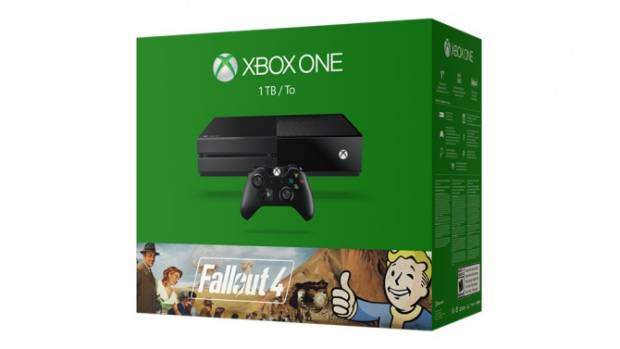 Last week, Microsoft announced it was going to be rolling out a number of different Xbox One bundles in order to try and draw in as many gamers as possible. We’ve already seen a few of those bundles and it certainly does appear as though Microsoft is pulling out all the stops in order to sell as many consoles as possible this Holiday season. The newest bundle, just announced is one that will include the new Fallout 4 as well as a digital copy of Fallout 3.

The bundle also obviously comes with 1TB black Xbox One console, an Xbox One chat headset, and the new Xbox One controller. This is the kind of bundle that is certainly going to be attractive to fans of the Fallout  series precisely because they’ll be getting two games from their beloved series. This also gives Microsoft a leg up because Sony can’t offer this particular combination since the Xbox One is the only current generation console that offers backwards compatibility.

As with the other Holiday bundles announced this week, this grouping will cost $399 and will be available when the game officially launches. If Fallout 4 isn’t your cup of tea, you can also go out and get the other bundles offered up which include titles like Rise of the Tomb Raider, Gears of War: Ultimate Edition, and Lego: The Movie. Fallout 4 launches for the Xbox One and the PS4 on November 10, 2015 and full backwards compatibility for the Xbox One is supposed to be coming to all users around the same time.