inFamous 2 makes fun of Halo: Reach and others 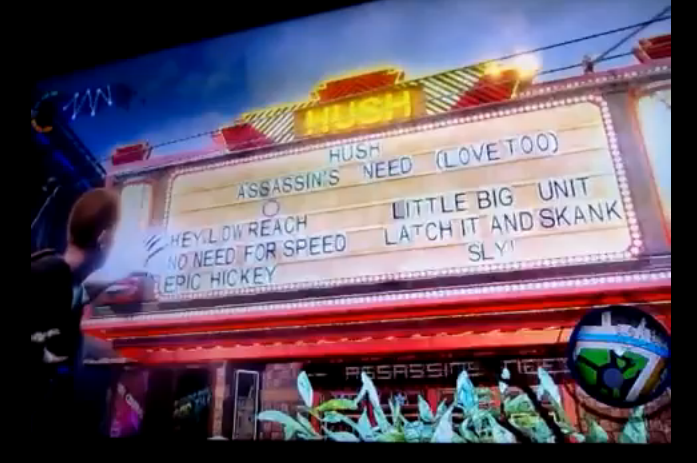 inFamous 2 is turning out to be a rather fun game, in more ways than one.

Already looking really promising, the game seems to be one, who’s not shy of making fun of several others, all in good steed.

After taking a digg at the Xbox 360 in one neat little easter egg, another one has emerged, which shows it, taking a digg at not one, but several popular franchises, even some PS3 exclusives.

As you can see in the image above, several popular game titles have been tweaked to make them sound ridiculous. The most funny one, according to us gotta be Hey Low Reach.

There’s plenty more in it, including, No Need for Speed, Assassin’s Need, Little Big Unit, Epic Hickey, SLY! and Latch IT and SKANK.  We hope you can make out which are the games, they’re trying to wisecrack at. We wouldn’t tell you all of them, ourselves.

Let us know which, you’ve found to be the most hilarious out of the lot.