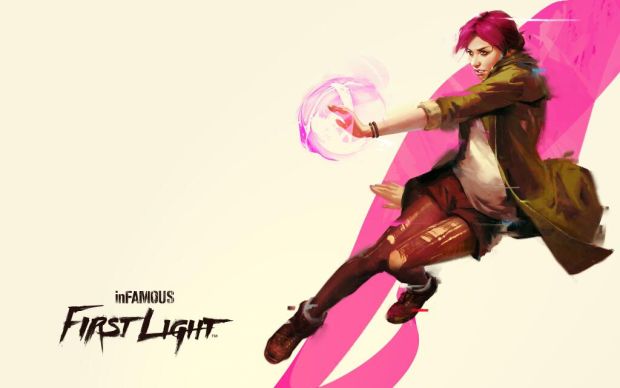 inFamous: First Light is the upcoming downloadable only prequel to the just released (and excellent) inFamous: Second Son, the PlayStation 4 exclusive installment of Sucker Punch’s open world action adventure superhero saga. It will be starring Abigail “Fetch” Walker, and we will allegedly get to know more about her past in this prequel.

It will also evidently be a pretty substantial game- it will require 9.3GB on your hard drive, which is nearly half of the 20GB requirement of inFamous: Second Son itself (although still not as massive as the 50GB behemoths that were The Last of Us Remastered or Titanfall).

If you want inFamous: First Light, you’re in luck, as it launches next week (August 26) on the PSN Store for $15. What’s more, you don’t even need the original game to play it, so if you find this game interesting, but Second Son itself does nothing for you? Go for it, you can still play this.