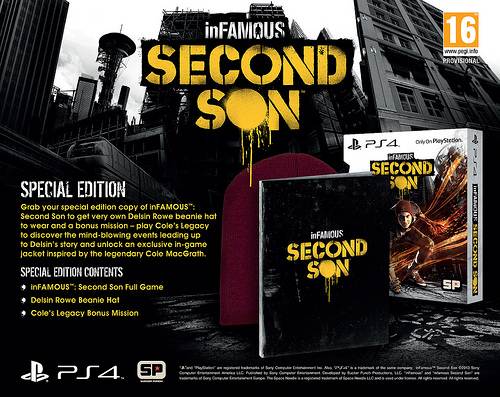 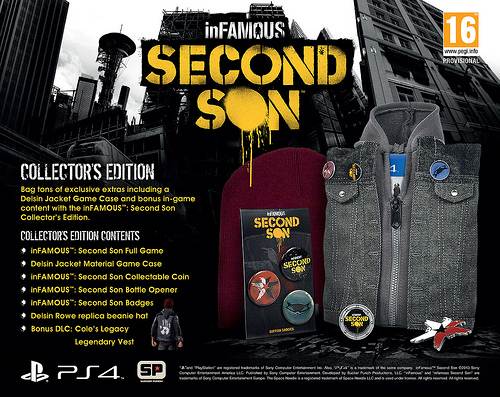 Earlier today on the EU PlayStation blog, Nathalla Chubin, the Product Manager at Sony Computer Entertainment Europe posted some updates on the newest editions of inFamous: Second Son. Both the collector’s edition and the special edition of the game will be available for fans next year. But forn ow, they’ve teased us with some cool cover art. The cover features Delsin crouched and surrounded by the smoke he manipulates as part of his power. 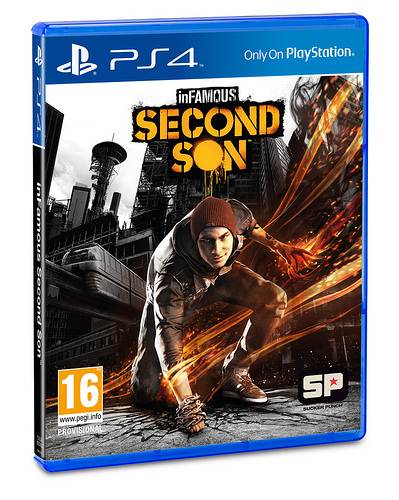 The inFamous: Second Son Special Edition will include the full playable game, along with a specialized Delsin Rowe beanie hat so you can look the part while you play. Additionally, the special edition will include a bonus mission not found in the regular game, Cole’s Legacy.