The final installment of the Infinity Blade trilogy announced. 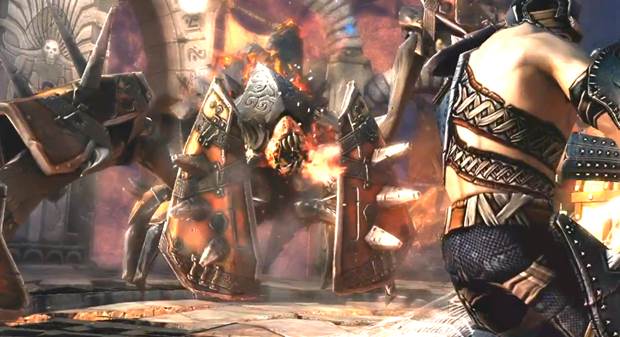 Inifnity Blade, one of the highest rated, highest grossing, and most downloaded apps from the Apple App Store, will finally reach its epic conclusion with the just announced released to the final installment in the Infinity Blade trilogy, Infinity Blade III.

Infinity Blade III will be the first game to utilize the 64-bit capabilities of the new iPhone 5S, and will be the perfect means by which to show off the beautiful potential the 5S has when it comes to graphics.

In this latest Infinity Blade, players will take on the roles of both two characters. They will level up individually. All quests and game modes will be launched from The Hideout, which will act as home base.

Infnity Blade III is set to release sometime next week.