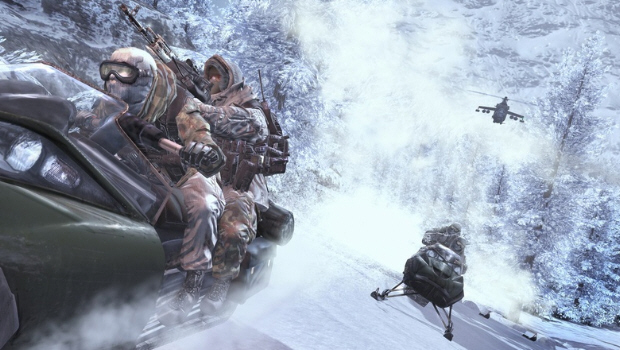 It’s no secret that the PS3 version of 2009’s Call of Duty: Modern Warfare 2 was riddled with hackers and exploits that severely impaired its online multiplayer component. Infinity Ward community strategist Robert Bowling has levelled the blame for this at Sony due to “a breach in security on the PS3 which resulted in games (becoming) exposed to exploits and hacks.”

He goes on to say that “Modern Warfare 2 is no exception to this security exploit and we understand that some of you have experienced problems with stats and other issues associated with this. Games rely on the security of the encryption on the platforms they’re played on, therefore; updates to the game through patches will not resolve this problem, unless the security exploit itself is resolved on the platform. Regretfully, Call of Duty games are receiving the bulk of the hacker’s attention, due to its high player counts and popularity. However, the number of legitimate players severely outweighs the bad apples.”

Such exploits include classics like the aimbot and the ability to shoot through walls. As annoying as these hacks are we are promised that “this only applies to legacy games such as Call of Duty 4 and Modern Warfare 2. In the future we plan to adjust our approach to not rely solely on platform security and reduce the ability for this to happen in our games, as has already been displayed by the work Treyarch has done on Call of Duty: Black Ops to prevent similar measures.”

Thanks to CVG for this info.