Along with the Enchantress and The Atom but honestly, who cares about them? 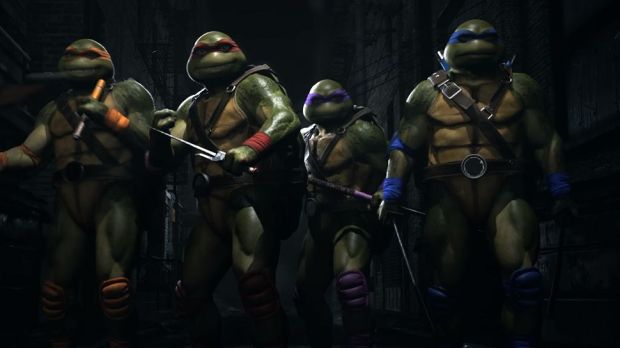 NetherRealm Studios has finally unveiled the characters coming in Fighter Pack 3 for Injustice 2 and they’re quite surprising. Aside from Enchantress and The Atom, we get the Teenage Mutant Ninja Turtles. Yes, that’s plural because Leonardo, Michelangelo, Donatello and Raphael will all be fighting as one, at least according to the announcement video. Check it out below.

How will that work exactly? We’re not sure but this is definitely one of the more shocking character reveals in a while from NetherRealm. The Teenage Mutant Ninja Turtles, Enchantress and The Atom will join the ranks of Black Manta, Sub-Zero, Red Hood, Raiden, Starfire and Hellboy.

Fighter Pack 3 will be available for those who bought Injustice 2: Ultimate Edition but will also likely retail separately for $19.99 (like the other packs). Individual fighters can also be purchased for $5.99 each. Stay tuned for more details on the release of Fighter Pack 3 along with gameplay videos of each fighter in question.