NetherRealm is working to ensure a level playing field mode of sorts in the sequel. 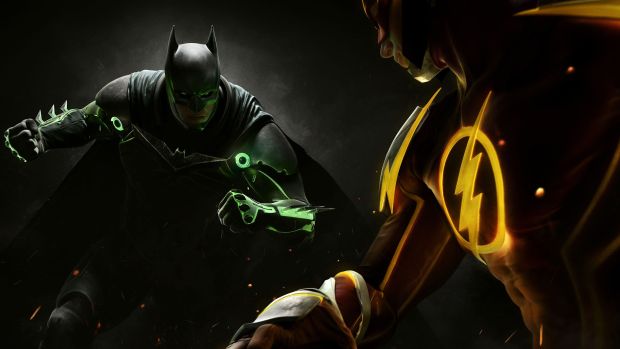 NetherRealm Studios’ Injustice 2 will still feature DC superheroes and villains battling it out but there’s a new hook this time. Players will now be able to earn gear to augment their heroes with and there will apparently be a 1000 different options across various categories.

Speaking to GameSpot, series creator Ed Boon talked about how gear works and what it means for players. “In the simplest terms, the way that I’d describe gear is as costume pieces that actually empower your character. They can give you more strength, defense, agility, health or unlock certain moves. They make your character better and you’re constantly being dropped gear; you’re going to find stuff that’s better than what you’re wearing and you’ll throw out the old one to put on the new one.

“They all have attributes to them, and it’s kind of like this ongoing sculpting of your own version of Superman, Batman, Flash, and the others. You make your version of Batman, I make my version of Batman, and when we meet online your guy is going to look different from mine and have different properties.”

Naturally, there would be some variations of Batman which are better than others. With loot-based games, you usually have to account for the fact that one player will have vastly superior loot to another, which causes balance problems for something like tournaments. Will Injustice 2 suffer the same fate as Street Fighter X Tekken’s Gem system in that regard?

Boon said, “We’re certainly not doing gems. We’re definitely not going to do that. We will absolutely have some kind of a mode, whether we call it Tournament Mode or something like that we haven’t decided. That’ll provide the level playing field version. We’re definitely not going to have people strolling into tournaments with level 50 Batman and kicking everybody’s ass. We’re not crazy.”

It also seems like there will be some kind of matchmaking system to ensure players of the same power ranking are matched together. “At the same time online, I could have a level 20 Batman and be matched up with another level 20 Batman and his one will be different to mine. That’s what is so cool, it’s not the exact same character in a mirror match.”

Injustice 2 is out in 2017 for Xbox One and PS4. What are your thoughts on the gear system? Let us know in the comments.