Releasing on November 14th for those with Early Access, Hellboy certainly has some cool moves. 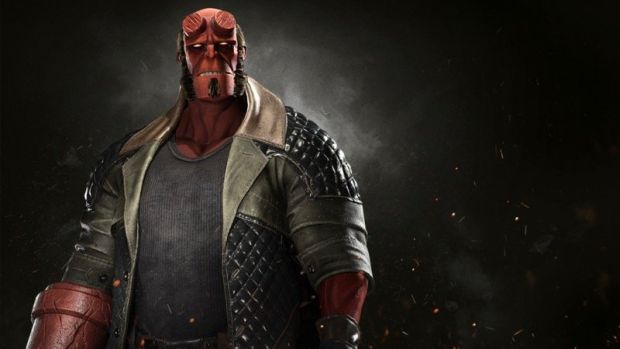 After the release of Raiden as the first DLC character in Fighter Pack #2, NetherRealm Studios is now busy hyping up its next post-launch Injustice 2 character with Hellboy. Get a look at the first trailer for the devil man himself below.

As a property of Dark Horse Comics, Hellboy’s history consists of being summoned from Hell by Nazi occultists and trying to survive in the real world with all manner of supernatural occurrences while being raised by a human. Hellboy has had a rather strong cult following in Hollywood and his addition to Injustice 2 is an interesting wrinkle.

Along with his trust “Right Hand of Doom”, Hellboy also carries his signature revolver that can stop foes from a distance. Grab attacks and high impact moves are the name of the game but he can perform combo juggles just fine as well. Hellboy will be available on November 14th for players with Early Access so stay tuned for more details on when he goes live.