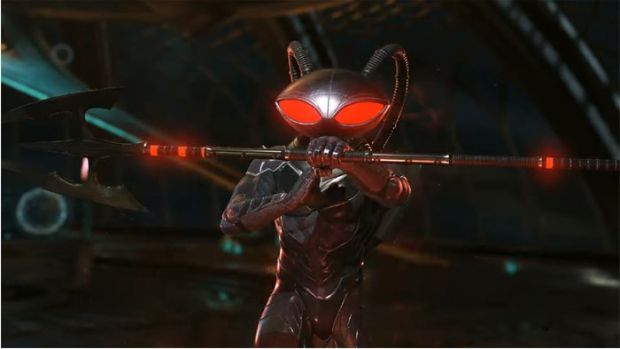 Injustice 2’s Fighter Pack 2 contained its fair share of surprises when the character roster was revealed, including Raiden from Mortal Kombat and Hellboy. However, the latest gameplay reveal video is all about Black Manta, the arch-nemesis of Aquaman, and his killer combos. Check it out below.

Black Manta uses a knife for close-quarters fighting but is also capable of juggling foes, hovering in the air to rain death from above and firing eye lasers from a range. His Ultimate seems pretty straightforward with a trident, harpoon gun and eye lasers coming into play. Thankfully, his outro is simply fantastic as Black Manta scorches his surroundings with lasers and walks away while everything burns.

Injustice 2 players can pick up Black Manta with Fighter Pack 2 when it releases on September 12th. The DLC pack can either be purchased separately or acquired as part of the Ultimate Edition (which will also grant access to Fighter Pack 1 with Sub-Zero, Red Hood and Starfire). If past heroes are any indication, it may also be possible to purchase Black Manta separately for $6.