Time to go mobile, as a famous man would say. 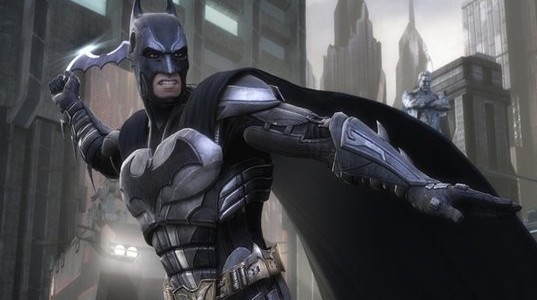 NetherRealm Studios has finally revealed some new details for their upcoming fighting game based off of DC Comics’ superheroes, Injustice.

Off-TV Play has been confirmed, which means you’ll be able to play the game on the Wii U GamePad exclusively without the need of a TV. We’re not sure if you’ll be able to transfer your game in the middle of playing, from the TV to the GamePad and vice versa, but you can take still take the battle on the go.

Another interesting addition is the Quick Move list. While the Xbox 360 and PS3 have their own Quick Move lists, they will appear as commands below one’s life bar. However, on the Wii U, you can have the list of full commands in front of you on the GamePad. You will be able to customize which commands appear for the other console versions though.

Injustice releases on April 16th for North America and April 19th for Europe.