Blomberg explains how Microsoft’s claims of cloud functionality are a little misleading, among other things.

With E3 2013 only a few days away, and the next generation of gaming primed to unfold before our very eyes, the controversies and collateral damage that new technology brings is only now becoming more apparent. Microsoft recently sent out new information regarding its policies for privacy, connectivity and more on the Xbox One, which has effortlessly made people more worried, while Sony gets ready to reveal the PlayStation 4 design that’s been hidden for months now.

We spoke to Avalanche Studios CTO and co-founder Linus Blomberg about the next generation of consoles, including their out-performing the PC, used game sales and how Cloud functionality on the Xbox One is a mere marketing tool. 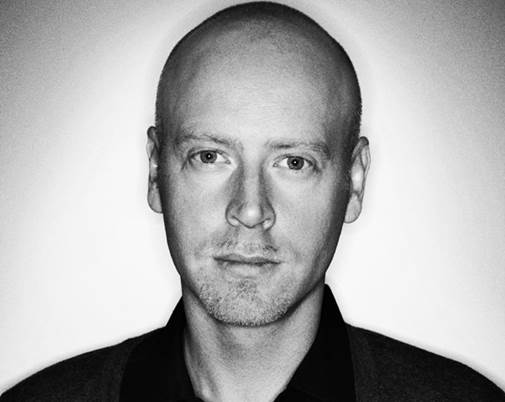 "I think we need to accept that connectivity is becoming an integral part of our lives. I’m pretty sure people complained about new machinery requiring electricity to function too, back in the days. "

Rashid Sayed: You famously mentioned to us in March that the PS4 will out-power PCs for many years to come. Now with the Xbox One revealed, will you say the same thing about it and why/why not?

Linus Blomberg: Many people misinterpreted that quote to mean that the PS4 will outperform every gaming PC for years to come, which obviously isn’t the case. Consoles aren’t designed to outperform high-end PC gaming rigs, they are designed to excel in the price/performance ratio. Looking at surveys on what hardware most PC gamers use to play games on, and which way we’re headed, it’s evident that both the PS4 and Xbox One will outperform the majority of PC’s for years to come.

Linus Blomberg: I think that is too early to say. Naturally it’s easier and cheaper for the developers to develop for the smallest common denominator, but if that difference becomes too large we’ll definitely see specific implementations for each platform.

Rashid Sayed: The Xbox One has a number of constraints. These include Kinect needing to be switched on all the time and an internet connection to work. Microsoft thinks that this will make the system eventually better. What is your stance on this and how does it affect your future game development plans for the Xbox One?

Linus Blomberg: I think we need to accept that connectivity is becoming an integral part of our lives. I’m pretty sure people complained about new machinery requiring electricity to function too, back in the days. Hopefully this development will force internet service providers to shape up and provide cheaper and faster connections. As an open-world games developer it’s very exciting, because it enables us to make our worlds much more social and alive.

But it’s nothing new for us – our open-world hunting game theHunter (www.thehunter.com) has relied on internet connectivity since the launch in 2009. As for the Kinect, my only concern as a consumer is having more hardware cluttering my living room. But as a developer, it’s of course good to have guaranteed access to the Kinect as an exciting input device.

Rashid Sayed: According to a couple of reports, the PS4 is apparently 50% more powerful than the Xbox One. In terms of raw processing power, does that figure really play a part when you actually develop games?

Linus Blomberg: Of course it does. But specs on paper are one thing, and actual performance is another. It’s not just about the TFlops, there are other hardware and environment differences coming into play too. We don’t know what the actual difference – if indeed there is one – will turn out to be yet, as drivers and system software isn’t final at this point.

Rashid Sayed: Just Cause 2 was amazing on the PC (massive JC2 fan here!). The game was extremely optimized even for lower end gaming PCs. The Xbox One and PS4 are following the x86 architecture which means easier development. So in concerns to PC gaming, will this put PC titles on an all-together different level during the era of next generation consoles?

Linus Blomberg: I definitely think so. We pride ourselves on working extensively with optimization, but with such diverse platforms as in the current generation it’s simply not viable to squeeze the last drop of juice out of each platform. There always had to be some compromises, considering constrained development times and budgets. But this time around there’s so much more in common, which enables us to take it to a whole new level on all platforms.

Rashid Sayed: Speaking about Kinect and Move: Do you think you will be using them in future projects?

Linus Blomberg: If we find that it would benefit gameplay in any of our games, then definitely. But never as a gimmick.

"The cloud functionality is pushed as a marketing tool to compensate for the less favorable hardware specs. I understand why they feel they need to do this, as the specs on paper aren’t necessarily representative of the actual performance. "

Rashid Sayed: There has been a strong reaction towards the Xbox One using DRM for used games. Microsoft says it will charge a small fee if people want to play second hand games. There are also reports of certain publishers supporting this move. On the other hand, smaller retailers that make their business off second hand games will be wiped out due to this. Where does Avalanche Studios stand on the issue?

Linus Blomberg: The economies in games are changing; they have to in order to be sustainable. No one’s complaining about not being able to trade iOS games. Naturally that’s because they are much cheaper, but if second hand games contributed to the income of AAA game developers, then they could become cheaper too. In the end I think it will come down to how big that fee is.

Rashid Sayed: Microsoft believes that the Cloud will make the Xbox One more powerful over a period of time. But there are certain hurdles given that everyone doesn’t possess a high speed internet connection. Do you feel that this is simply a reason to justify an always online environment?

Linus Blomberg: The cloud functionality is pushed as a marketing tool to compensate for the less favorable hardware specs. I understand why they feel they need to do this, as the specs on paper aren’t necessarily representative of the actual performance. But the way it’s presented I feel is misleading at best. It’s just common sense that sending data over an internet connection isn’t even remotely comparable to sending data over a high-speed internal memory bus.

Of course it can be used to perform high-latency computations, but it won’t really increase your FPS or anything like that. That is not to say that the cloud functionality isn’t an advantage, it’s a great advantage! It offloads the burden of running a backend infrastructure for connected games, which is a huge win and opens up for very interesting game designs.

Rashid Sayed: The Wii U was heavily criticized for its lower CPU clock speed. There has been no confirmation, neither from Microsoft nor Sony over the clock speed of their respective next gen consoles. Of course I won’t ask you to reveal the actual clock speeds of the PS4 and Xbox One. But will developers face the same problem that they faced with the Wii U with regards to the same in next gen consoles?

Linus Blomberg: Clock speed isn’t really a very good measurement of performance. Modern processors are capable of processing much more data than last-gen processors, even at lower clock-speeds. Lower clock-speeds also have the benefit of consuming less power and producing less heat, meaning that that hardware can be more silent. What matters the most is the number of processors available, and luckily the PS3 forced developers to become much better at utilizing parallel processing power.

Rashid Sayed: I came across an interesting comparison chart (you can check it over here). It’s interesting to see that the PS4 has a significant advantage of 107.7 GB/s in terms of system memory. How will this matter while developing a game?

Linus Blomberg: I can’t comment on specs that aren’t public yet, but I commend Sony for their bold move of choosing blazingly fast GDDR5 memory. It’s definitely an area where the PS4 has a leg up over PC’s for a while to come, and I’m sure Avalanche Studios will make great use of it in our huge open worlds.

"Much of the criticism on the Xbox One launch was around the lack of focus on games, which I think shows that people still see consoles as high-end gaming machines, as opposed to social entertainment systems."

Rashid Sayed: The gaming market and its demographics have changed a lot, especially in the last five years. People are becoming more socially savvy and look out for more connected options. Does the saying ‘Games are all that matter’ still hold in this environment?

Linus Blomberg: I would say that the market has grown into new areas, rather than that it has changed. There are new audiences and new markets now, which obviously is good. But I am confident there is a strong future for the good old high-end core gaming as well. Much of the criticism on the Xbox One launch was around the lack of focus on games, which I think shows that people still see consoles as high-end gaming machines, as opposed to social entertainment systems. For Avalanche Studios, games are definitely all that matters. Even though we’re excited to expand into mobile devices, our core focus will always be epic open-world games for high-end platforms.

Rashid Sayed: From a technical standpoint, what is one the thing that Sony and Microsoft need to do to win their audiences over?

Linus Blomberg: Good games that reinforce consoles as high-end gaming machines. We need to make use of all that power and create fun experiences that simply are not possible on mobile devices.

Thanks to Thomas Wiborgh from Avalanche Studios  for setting this interview up.