Interview With Avalanche Studios Founder: Just Cause 3, AionGuard, PlayStation 4 and Much More

Check out this in-depth interview.

Just Cause 2 was one the most entertaining games of this generation. The amount of freedom the game gave the player was astonishing. Check out YouTube with the keywords amazing Just Cause 2 stunts and you will shocked at what players have been able to accomplish in the game. There is no doubt in our minds that Avalanche Studios are a talented bunch who consistently push gaming hardware to its limits.

We recently got in touch with the co-founders of Avalanche Studios, Christofer Sundberg and Linus Blomberg. We talk about the presumed cancelled AionGuard–the sequel to Just Cause 2 i.e. Just Cause 3; new IPs; PS4; next generation consoles and more.

Check out the full interview and let us know your thoughts in the comments section below.

Special thanks to Thomas Wiborgh, Head of Communications at Avalanche Studios in Stockholm, for setting this interview up. 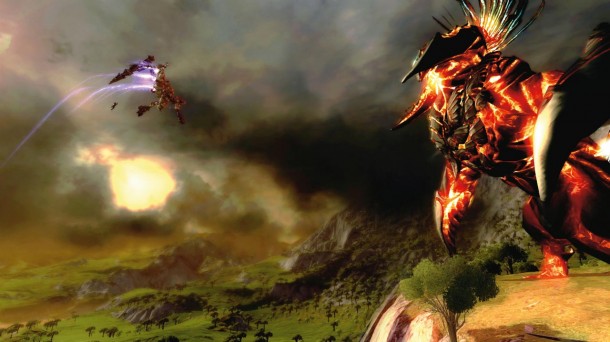 This may be a touchy subject, but what exactly happened to AionGuard? Was the setting and its numerous changes the only issue?

Christofer Sundberg: AionGuard (we’ve changed the name now after that friendly letter from NC Soft) is becoming the stuff of legend. We pitched the game around four years ago and publishers thought we were crazy. After a while we moved on to other projects, but AionGuard is still in the works and we’re taking baby steps to make it happen. It will be huge, once we start working on it in earnest.

Having bought back the rights from Eidos Interactive, do you think we’ll see an incarnation of AionGuard some time down the road or maybe even an offshoot of the ideas introduced in a new game?

Christofer Sundberg: Eidos has nothing to do with the game. It’s an Avalanche Studios IP.

In light of the so-called “Super Hero Open World” games like inFamous and Prototype, Just Cause 2 still managed to make a strong impression. Is a sequel in the franchise currently in development?

Christofer Sundberg: I really can’t comment on any project we have in development, but as you know Avalanche Studios created the Just Cause IP and it is in many ways the heart and soul of this company. The game has inspired countless other games, including the games we currently have in development.

Even if there isn’t currently a Just Cause 3, what do you think could be improved upon from the second game? Are there any features or new gameplay additions you think would further add to the experience?

Christofer Sundberg: I’d love to see more depth in character development of Rico, the grappling hook and the parachute. I would also use the powers of the next-gen consoles to create a living and breathing world… for players to destroy. 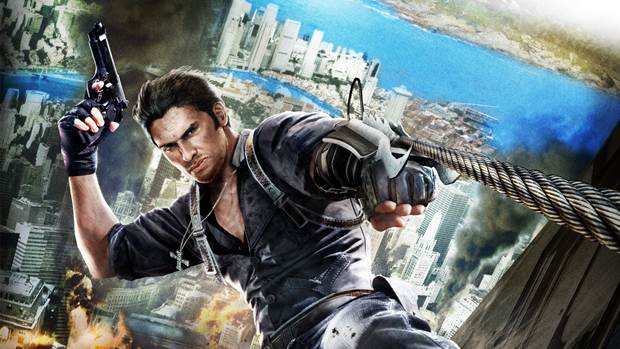 Sony’s Playstation event invites us to “see the future”. Microsoft has a modest clock counting down to E3. In light of upcoming next generation consoles, where does Avalanche Studios currently stand?

Christofer Sundberg: We support all platforms, current and next-generation.

What features are you hoping to see in the next generation of either Xbox or PlayStation?

Christofer Sundberg: Any developer with a keyboard and a mouse will be able to create great looking games on the next generation hardware. What makes them interesting is really how they will enable smaller developers (such as Avalanche Studios) to develop games with super high-production values while trying to avoid budgets going through the roof, as that tends to make everyone nervous, thus killing creativity.

Rashid Sayed: As you know the PS4 was revealed two weeks ago and there has been positive response from the developer community regarding the 8GB GDDR5 RAM and the PC type architecture. Now as, Avalanche Studios pushed the envelope (as evident with the PC version of Just Cause 2), what are your thoughts on the PS4’s architecture, RAM and how it will affect the gaming industry in general?

Linus Blomberg: It’s always very exciting with a new console cycle, for a number of reasons. The consoles desperately need a boost since having been overtaken in terms of performance by PC’s several years ago, and also losing market share to mobile platforms.

The PS4 will not only be a very powerful gaming machine from a hardware perspective, but it will also be a social tool and integrated marketplace more akin to the successful mobile devices. It’s the best of all worlds in a way; great performance for demanding high-end gaming, good social ecosystem and connectivity, and integrated business marketplace. For Avalanche Studios as an open-world games developer this is super exciting and opens up many new opportunities.

It’s a perfect fit for the types of games we do, and we are confident that we’ll bring open-world gaming to a whole new level because of it. I’m glad Sony decided to go with 8gb RAM because it means that the PS4 will out-power most PC’s for years to come. The off-the-shelf philosophy behind the architecture makes sense from a pricing and heating point of view, but it also means that Sony more easily can make incremental improvements of their system. If that’s actually their plan I don’t know, but it could help preventing the inevitable loss of market shares that the long console cycles entails.

What are your thoughts with concern to piracy and the DRM measures that have been established to prevent them?

Christofer Sundberg: DRM solutions which limit the game experience should not exist. That’s my honest opinion. They make us look greedy, which we are not. It treats our fans like criminals, which they are not. With that said, I think that we deserve getting paid for years of hard work and I think piracy is hurting our ability to make great games.

In light of recent data from The NPD Group on used game sales, what currently presents a bigger looming threat: Piracy, or the used games industry?

Christofer Sundberg: I think piracy won’t be as big on the next generation hardware. I’m actually really happy to see Just Cause 2 on the used-games shelves as it’s a rarity – hard to come by! Games are often returned to the stores, not because they are bad, but because they are too short, offer very little or no player autonomy and does not encourage exploration. That’s what we’re trying to change. I mean, still to this day, three years after release, we still have hundreds of thousands of Just Cause 2 players every month.

So that pretty much squashes the common publisher argument that every game needs multiplayer to “combat” second hand sales, without even looking at what the game really is. Nobody wins in the end; the developer can’t make the great experience that they want to, the publisher doesn’t get its money back and the consumer is disappointed. I am convinced that this mentality contributes to the downfall of the industry.

When it comes to developing, what process does Avalanche Studios go through when it sits down to develop a game? Could you give us an example of how this process changes with different game concepts?

Christofer Sundberg: Every game we’ve worked on has started differently. Our own IP’s usually start off with several ideas that merges into one. The licenses we’ve worked on has always started with a pitch for an original IP, but to reduce risk publishers sometimes want to dress the IP in a license, which is understandable.

What is perhaps the single most grueling challenge Avalanche has faced in development?

Christofer Sundberg: We face challenges every day so it’s hard to say. Going through massive layoffs was tough. Sometimes the whole developer-publisher relation can be enough for me to not want to go to work, but all of that I’m prepared to live with to keep on doing what we are doing. 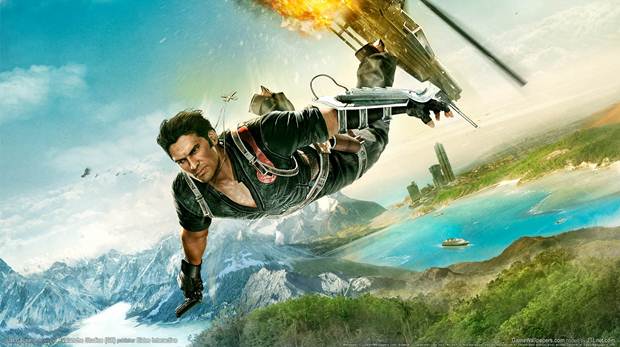 News has already gone around on three unannounced projects that Avalanche is working on. Obviously secrecy is sworn, you’d tell us but you’d have to kill us, etc. So instead, how do you look at the studio today as compared to nearly 10 years ago when it was first established?

Christofer Sundberg: We built this studio from nothing. Now, we learn new things every day and I think we’ve established our identity as a very promising sandbox game developer. Working with licenses, new IP and a combination of the two has been a learning experience – sometimes pleasant and sometimes extremely frustrating.

In an industry fraught with lay-offs and instability, which Avalanche saw a spot of back in 2008 for its own reasons, how does the team manage to pull through with all the pressure inherent?

Christofer Sundberg: We’ve always run Avalanche Studios as a family. We share everything. Good times. Bad times. We treat each other with respect and we have a lot of fun together. That helps a lot going through tough times and even though I don’t dwell on the dark ages, we always remember where we came from.

Finally, in light of the rise of indie games versus the billions generated by AAA blockbusters, where does Avalanche believe the future lies?

Christofer Sundberg: We are somewhere in between. Big AAA blockbusters are fun and so are the smaller games. We have the luxury of being in some control of our destiny.