Jagex to bring us a Transformers MMO in 2012 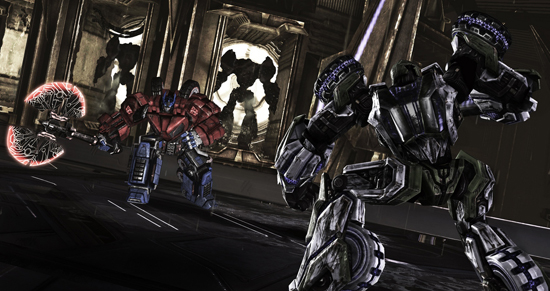 Runescape dev Jagex has announced it’s partnered with Hasbro to bring a Transformers MMO to PC in 2012.

Hasbro, who hold the rights to the Transformers franchise, said they chose the studio because of its “outstanding track record” developing online games, and revealed it’s trying to assemble a “dream team” to deliver an “epic” Transformers game.

Jagex CEO, Mark Gerhard, said that “Transformers is one of the most iconic brands in the world and we are delighted to team up with Hasbro in order to bring our shared vision to reality.”

“There is a huge appetite for an online Transformers game and we will utilise every bit of our development and publishing expertise to deliver a dynamic and action-packed game that Transformers fans will find irresistible.”

If you get to create your own Transformer this could well be the next best thing since sliced bread. Until then we can sit tight and look forward to the sequel to last year’s excellent War for Cybertron.

Los Santos is fairly treacherous when starting out so making a quick buck can take time. Fortunately, there ar...