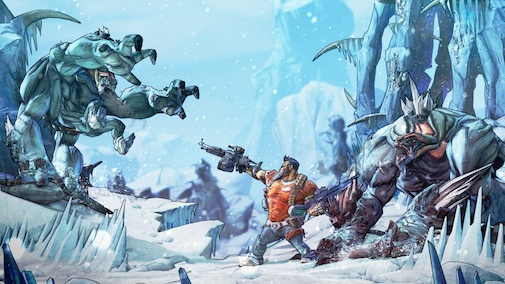 Composers Velasco/Dikiciyan and Kyd were assigned the task of creating a colorful and dynamic music score for Borderlands 2’s adrenaline-fuelled combat and diverse atmospheric environments. To accompany players’ loot-hunting adventures in the cell-shaded, eclectic world of Pandora, the soundtrack fuses multiple music styles and cutting-edge sonic palettes which exude the multi-faceted personality and thrilling co-op action of Borderlands 2.

The game will feature new skills; imaginative, diverse new environments with unique missions and enemies, and more exciting and fun weapons, equipment and loot than ever before.

Our UK editor Jordan Garland recently went hands on with the game. You can check his full impressions about the game over here.