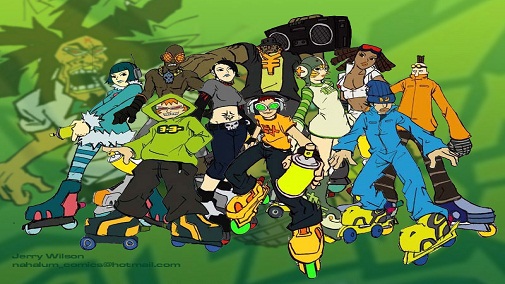 As the great Johnny Bravo would say: Whoa, mama.

It’ll be arriving in September and October for consoles, PC and PS Vita.

According to Sega, Xbox Live Arcade and PC gamers via Steam can purchase Jet Set Radio on September 19 for 800 Microsoft Points or $9.99 USD.

PlayStation Plus users, however, can avail of early access, playing the game one week earlier on September 11th. Regular PSN will be able to purchase the game on September 18 for $9.99 USD, same as the others.

Finally, PS Vita gamers can have at the graffiti tagging mayhem on October 16th for the quoted price above.

As it stands, it’s a great and cost-effective way to experience not only a cult classic but an important piece of gaming history.