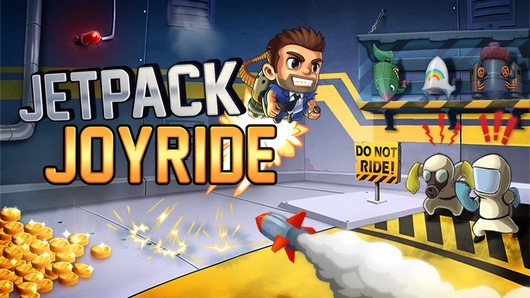 You might not know of Jetpack Joyride. Developed by Halfbrick Studios and Beatshapers, it’s one of the most successful mobile games ever with over 35 million downloads worldwide and clearly unsatisfied with the success, the studios have decided to release the game for Playstation Network.

Playing as a down on his lucky gramophone salesman, who discovers a secret lab with insane technologies, you essentially commandeer a jetpack and go wild, hopping and bopping through an accessible and highly entertaining adventure.

Alexey Menshikov, CEO of Beatshapers Limited stated,“We at Beatshapers are very exicited to work with Halfbrick Studios, license and publish such a big mobile IP like Jetpack Joyride. We hope the PlayStation® users will enjoy the game.”

You can look out for Jetpack Joyride to be available for €3.99 in European PSN stores, and for just $3.99 in the North American PSN stores. Check out the trailer below and see if the gameplay pleases you enough to channel those Rocketeer fantasies.