John Carmack: ‘Something Like Mega-Texture Will Win In The End’

It has allowed fantastic advances something, that has no performance issues. 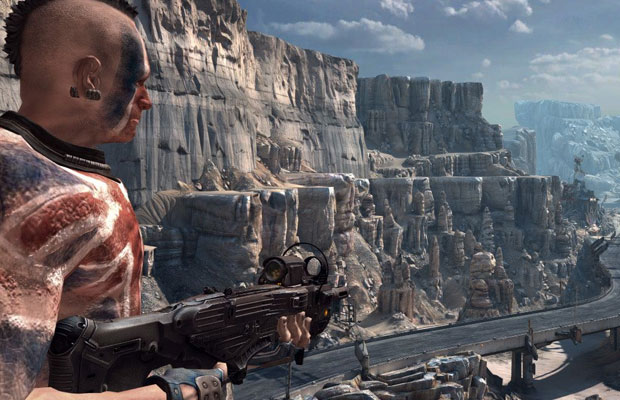 During the Q&A session at QuakeCon 2013, John Carmack was asked whether he plans to use mega-textures in future games developed by id Software, to which he gave a pretty long explanation, detailing the benefits of using mega textures.

“So the performance issues on the PC, we had the disastrous driver problem and we still have driver problems that crop up. Some of that is also the fault of doing something that nobody else was doing. There is value to doing exactly what everyone else does, that is a well tested path, nobody will accidentally break something that everyone is doing. We were clearly doing something off the beaten road with the mega-texture, the continuous texture uploading and all that entire pipeline of things. It hit the goals that we were looking for on the consoles. On the PCs it should have been superior to that but we had the disastrous driver problem which colored a lot of people’s views on it and we still now occasionally have problems where Rage starts running crappy on somebody’s system.”

“As it stands right now, yes we are still using mega-textures, higher densities, having more in the back which we can call as needed even if we can’t ship them necessarily. The step that I would like to take data wise and we just can’t afford to ship it on optical media (current generation) is if we can ship a defused map along with a pre-baked light, then we have the best of both worlds. We have no downsides to dynamic lights, where right now we have to approximate them but you can also have the full glory of the completely baked world view. We are still far from tapping out all we can get it out from there. We have technologies that let people map paint directly on the mega-textures. We should be able to fix every crossing edge in the world which is something that is not at all plausible to do in any other way. Every time you have two things meeting, don’t have that edge seeing there that nothing get rid of but actually cross fade a little support texture around it. ”

He also explained that  the use of mega-textures have resulted in fantastic results with no performance issues.

“The ability where we have used it with stamping has allowed fantastic advances something that has no stability or performance issues. There were big wins to be had there that we didn’t make the most of and we are still trying to make more out of them. In the end when you say long term, data always wins. So something like mega-texture will win in the end, whether it is dominant in the coming generation or its takes the transition towards cloud gaming.”

“When you take the case of cloud gaming, where you are running on a data set of servers, its completely credible considering having a petabyte of data for this entire glorious world that is build with cloud resource, over and over and in almost all cases, cleverness and compression technologies eventually falls to just put the damn data there. It’s possible that we were pushing a little bit too early on the mega texture because it  barely worked on current generation, but I think inevitably that’ where things will be,” he added.

There is no doubt that Rage was a technical mess on the PC but now that everything is done and dusted, Carmack should be appluaded for trying out something different. Personally, I think mega-texture is going one of the biggest deals in the next generation consoles, given how powerful they are. Let’s hope they fix the driver problems and compatibility issues across the board.