Rico is carrying his years well. 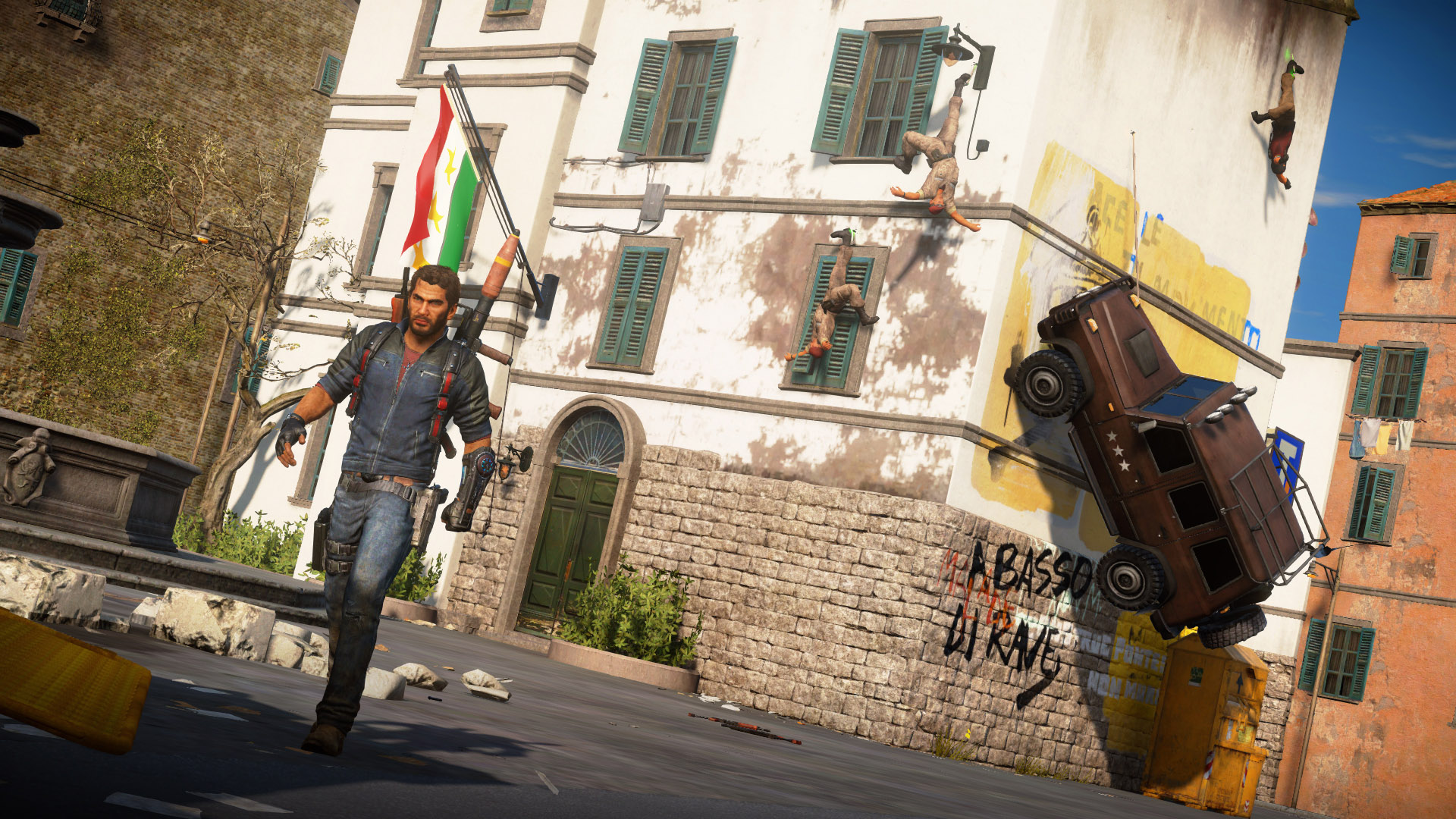 Since Just Cause 3 was first announced, dedicated fans of the series have been getting quite fired up with each little bit of info released about the game. Now, Avalanche Studios and Square Enix are really starting to bring us a look behind the scenes and inside the minds of the people who are working on the game. A five part Dev Diary series kicked off on Wednesday morning with the first installment centering on the game’s main character, Rico.

Rico has actually been the main protagonist of previous iterations in the series and Just Cause 3 will acknowledge this by bringing him to the third installment of the series as a grizzled vet. It appears we should think of Rico as a character from The Godfather. Just when Rico thought he was out, the developers keep pulling him back in. “He’s gotten older,” explains Game Director Roland Lesterlin in the video, included below, “he’s got his scars from his years in Panau and San Esperito. We wanted to give him that background. What would it be like if you set off a nuke? Twice?”

The video also gives us a bit of a look at some of the weapons and devices that Rico will be sporting in this latest installation. Some weapons will be brand new and others, like the beloved grappling hook will be returning, much to the joy of the series’ longtime fans. Obviously, this is the first time the franchise has appeared on the PS4 and Xbox One and the devs briefly touched on the expectations the move to the current generation consoles are bringing with them as well. Just Cause 3 launches December 1 for PC, Xbox One, and the PS4