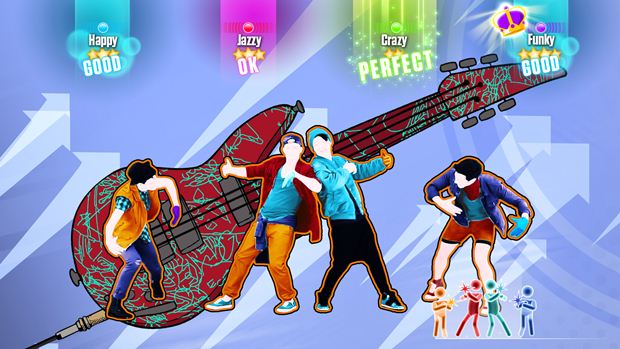 If you’re annoyed with the issues plaguing Assassin’s Creed: Unity and Far Cry 4, then you’ll be happy to know that one of Ubisoft’s franchises Just Dance 2015 is going strong and receiving new DLC tracks.

These DLC tracks will be available for current and previous gen consoles and include “We Can’t Stop” by Miley Cyrus, “Want U Back” by Cher Lloyd ft. Astro, “Funhouse” by P!nk, “Kiss you” by One Direction and “C’mon” by Ke$ha. This is in addition to the present 40 tracks which include Pharrell Williams’ “Happy” and Icona Pop (with Charli XCX)’s “I Love It”.

Just Dance 2015 is available for PlayStation 3, PlayStation 4, Wii, Wii U, Xbox 360 and Xbox One. What are your thoughts on the game thus far and will you be picking up the DLC tracks? Let us know in the comments below and stay tuned for more information on additional content for the franchise in the coming months.