Ubisoft unveiled Just Dance 2015 at its E3 media briefing, with Pharrell Williams’ popular track “Happy” as the spotlight song. There’s some mechanics on display as well including the ability to work in tandem with other players to complete moves.

There’s also some sharing facilities embedded within that allows you to stream your performance to the world over, which now allows you to embarrass yourself on a global scale. It’s kitschy sure but hey, at least there’s actual gameplay footage to be seen here rather than just words (you listening EA?).

Just Dance 2015 will be released in October for Wii U, Xbox 360, PS3, PS4 and Xbox One. Just Dance Now was also unveiled for smartphones, which allows multiple individuals to play together. We’d criticize a bunch of people dancing in a large auditorium but hey, it’s entertaining all the same. What are your thoughts on Just Dance 2015? Let us know below. 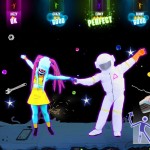 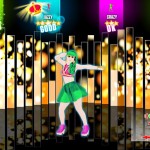 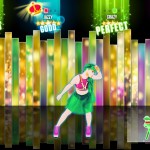