Kaka, legendary Brazilian footballer, will be featured on the FIFA 11 boxart, just like Wayne Rooney did FIFA 10, who will be accompanying Kaka (Ricardo Izecson dos Santos Leite) on the latest FIFA instalment’s cover. 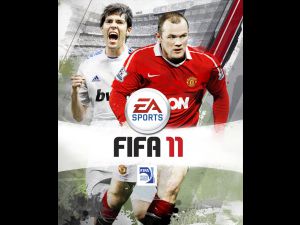 “I’ve always been a fan of EA SPORTS and especially the FIFA series,” Kaka, the man himself, said. “Being on the FIFA 11 cover is a great honor for me since very few players have this opportunity, and there have been some great footballers featured on the cover of this truly amazing football game.”

“With Kaka’s visionary style of football he’s always one step ahead of the opposition, moving into space with an often subtle change of pace and delivering crisp, creative one-touch passes and catching the goalkeepers off guard with strikes often from distance on either foot.

“His play is unlike any other player in our game and you will feel individual differences like this in each player, in every match.”

Here’s the trailer, which shows Kaka walking out into the pitch to a roaring rowdy crowd.

While the video is buffering, you can check out our exclusive interview with EA Sports on FIFA 11.