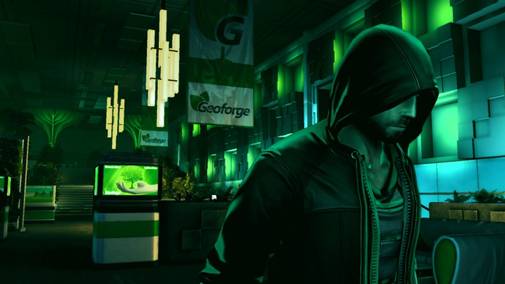 Kalypso Media have announced Dark, a third-person stealth-action game for the Xbox 360 and PC.

The press release describes the game as:

DARK — developed by RealmForge, creators of the award-winning Dungeons — puts players in the role of a vampire out to discover the secrets of the mysterious global GeoForge Corporation. By making the most of powerful vampire skills, stealth and lethal combat abilities, players will engage and destroy their enemies, while moving silently through a stylized futuristic cityscape. The treacherous techno universe of DARK is rendered in gorgeous cel-shaded graphics with gameplay that tests the players’ ability to master both stealth and combat. DARK is slated for a global release in early 2013.

Stealth and action combine as players walk the world in darkness and silence, attacking their unsuspecting foes with supernatural fury

Use powerful vampire abilities and hard-hitting melee attacks to defeat dangerous enemies — turn into a puff of smoke and disappear, or close with your foes in an instant!

Powerful and intelligently controlled AI enemies mix the fantastic with the real-world. Battle police and elite special forces along with ghouls and other vampires

RPG element mix with a compelling story – players will build up their skills through successful evasion and combat, while advancing the story through conversations with NPCs