So a few days ago we got our preview copy of Kane and Lynch 2: Dog Days from Eidos via Express Games. We all know and accept that the original Kane and Lynch was far from perfect, but after some extended playtime with the sequel, Dog Days, we can safely say that Kane & Lynch 2 is shaping up much more promisingly than its predecessor.

We got a chance to play through the first four levels of Dog Days. As many of you will have gathered from trailers and teasers, the game takes place in Shanghai, China. The levels are suitably filled with seedy looking bars, dodgy apartments and grim looking fishmongers, the citizens eyeing you at every step.

The preview placed us in Lynch’s shoes as he attempts to give a low-life a shakedown, which quickly escalates into all-out warfare on the streets. The mechanics have changed little since the previous game- you’ll still be hiding behind cover, popping out for a few shots then moving up. However the entire cover system has been reworked- for the better. Whereas Dead Men had you shifting your body around until you made your character parallel with the wall at which point he would magically stick to it, Dog Days now uses a simple one-button approach. Hit one button and your character will automatically snap onto any nearby cover, whether it be a wall, a car, a table, whatever. 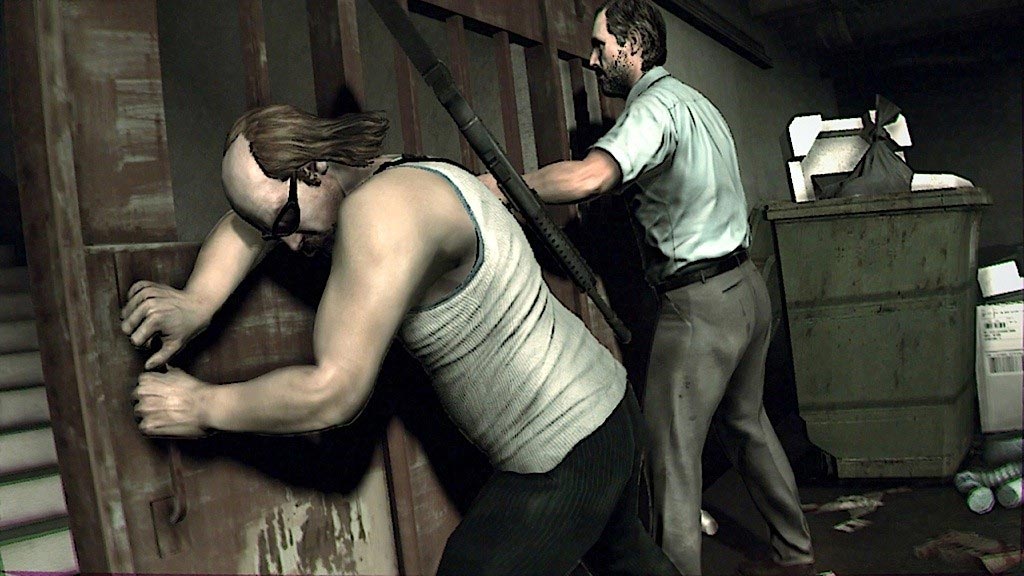 The two protagonists are a couple of gangsters with a complicated relationship.

The shooting however, is not so satisfying. It seems that every gun in the game has pretty shocking accuracy, as the crosshairs remain fairly spaced throughout, and there are no iron sights. The guns generally have pretty pathetic kick, with only one or two weapons truly satisfying our inner psychopath.

Fortunately, the game has again far surpassed the original with its AI. It’s still not the smartest you might encounter, and it doesn’t hold a candle to the kind of AI found in Crysis, but it’s light years ahead of Dead Men. While your allies and enemies alike had a habit of standing in the open and taking shots full to the face, they now stick to cover, and they are pretty reluctant to stick more than a hand out of cover if you’re popping shots over their heads. 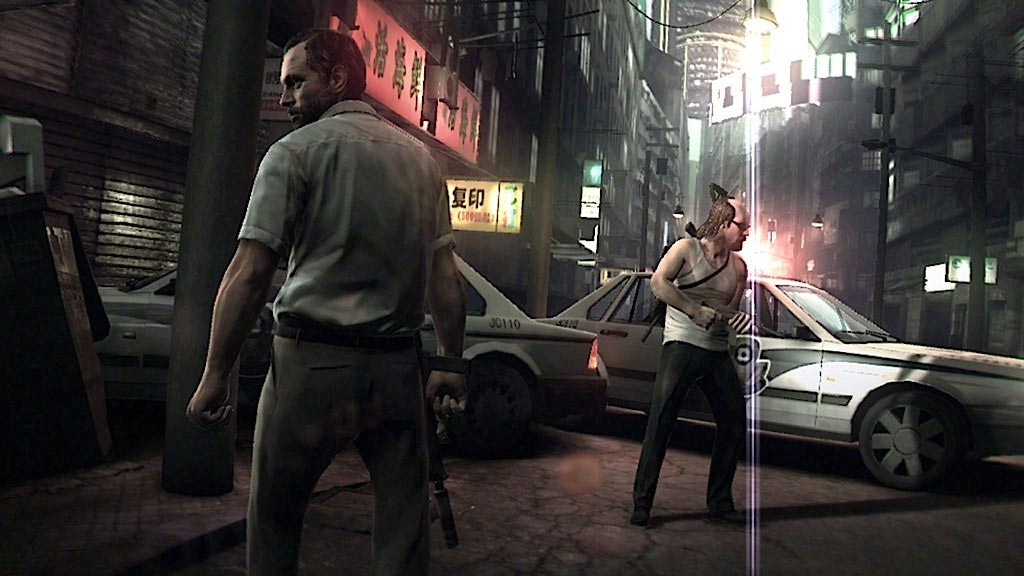 The various squalid locales make up the backdrpo for many of the shootouts.

Cover is now temporary in many cases. One scene has you battling police SWAT teams in a restaurant while partitions explode all around you and your cover disintegrates. Some levels allow you to throw cans of fuel around, which are good for knocking out any particularly stubborn bits of cover. The preview didn’t give us access to any other indirect fire weapons such as grenades though, so flushing enemies out of cover could be rather tricky. We expect this is a feature we will see in the full game though.

Kane & Lynch 2: Dog Days has one major problem however- it looks downright fugly. Not content with just a few jaggies, the games explosions look like something out of Wolfenstein 3D and the characters in cutscenes lack perspective and detail. The entire game also plays out with some sort of a permanent grain filter which makes it look like you’re playing the game on your dad’s old TV that still uses a clothes hanger for an aerial. When we saw the initial screenshots from the game we thought that they were just badly developed- but I’m afraid to say, the game does in fact look just like this.

After all that’s said and done though, Kane & Lynch 2: Dog Days is still a vast improvement on the lacklustre original, and holds together all the basic third person shooter mechanics fairly well. But when it releases next month, it’s going to be up against strong competition, particularly from Mafia 2, releasing just over one week later on August 24.