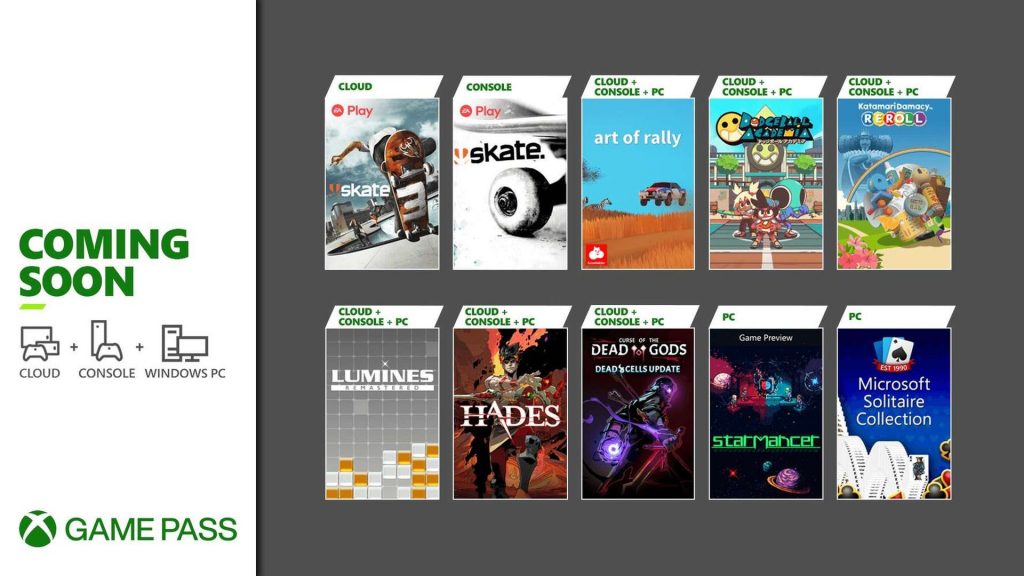 Microsoft has announced the first wave of titles for Xbox Game Pass in August, starting with Curse of the Dead Gods, Katamari Damacy Reroll, Dodgeball Academia, Lumines Remastered, Skate and Skate 3 on August 5th. Both Skate titles are available for consoles for Xbox Game Pass Ultimate members (via EA Play) while the other games can be accessed on cloud, console and PC.

Starmancer also enters Xbox Game Preview on the same day for PC and plays like a more sci-fi take on Rimworld. On August 12th, Art of Rally becomes available for all platforms while August 13th sees the arrival of Supergiant’s Hades. If you’ve never played the roguelite before, then it’s well worth jumping into.

The month is rounded off with Microsoft Solitaire Collection: Premium Edition for PC on August 17th. It’s essentially Solitaire with daily challenges, Achievements and competitive events with no ads. Of course, a number of titles will also be leaving the service this month, starting with Grand Theft Auto 5 on August 8th for cloud and consoles. Here are the other titles that will be gone on August 15th: