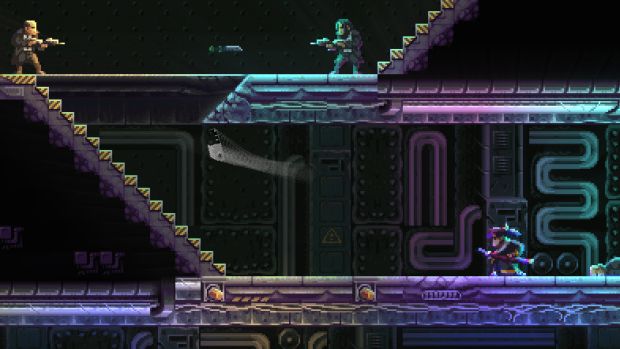 Askiisoft, developer of Tower of Heaven and Overpowered, have released a new trailer for their upcoming “neo-noir, instant-death” action platformer Katana Zero. Check it out for yourself below and bask in the synthwave soundtrack, pulsing lights and admittedly excessive screen-shake.

Katana Zero emphasizes close-up, hack and slash combat with some admittedly stylish moves and flourishes leading to devastating results. It should be noted that the screen-shake can be toned down for those with motion-sickness issues or who otherwise find it distracting.

Published by Adult Swim Games, like Akiisoft’s previous titles, Katana Zero will be out sometime this year. For now, we know that it’s coming to PC by its Steam listing. Other platforms have yet to be announced but we expect more information to be revealed in the coming months.

What are your thoughts on Katana Zero and the excessive amount of violence it features? Let us know in the comments below.