Oh just come out and announce it already. 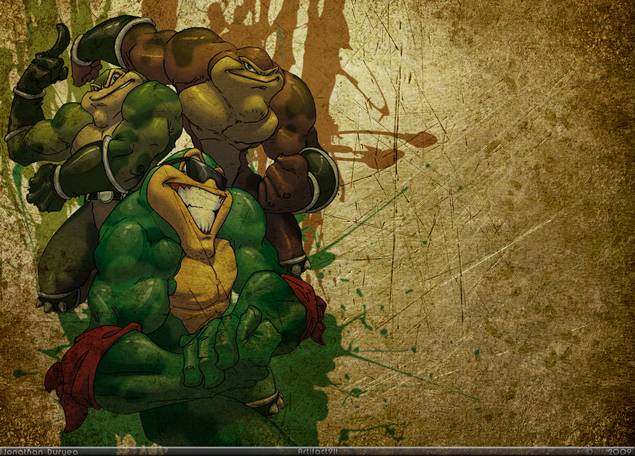 Microsoft and Rare fans were sent into a tizzy recently when Microsoft filed a new trademark for Battletoads, which you will remember was one of Rare’s earliest successes. Since then, both Microsoft and Rare officials have been teasing something big coming from the beleaguered British studio this year, and fans, putting two and two together, have assumed it will be a modern take on Battletoads.

During his recent interview on The Inner Circle, Ken Lobb explained Microsoft’s trademarked, and asked fans to be patient for just a little while longer.

“So will there ever be another Banjo, Viva, Blast Corps, Battletoads? Yeah, Some Day. And I think the reason you see things like Battletoads revived is because we know there’s value, so we renewed the trademark.

“Does that mean it’s coming this year? No. Does that mean it’ll never come? Absolutely not. We have a lot of passion internally for each of these games that you mentioned and we have surprises in store in the near and long future, but understand that what it’s really about is, we want to build this suite of IP that we can add to that list of “Let’s build some new things,” “let’s build some recent sequels,” and “let’s do some crazy stuff” like dig back into a portfolio of IP and build some games that people love.

“The best message to give to your listeners is that we love the old IP as much as you do, and please be patient, because can only build so much at a time, but yeah, you named a good list of games that we care about as much as you do.”

Very clever, Lobb, you basically promised nothing, but gave us just enough to be excited about.

Look, Rare has an amazing catalog of IPs, one that could instantly solve Microsoft’s anemic first party problems- they just need to actually utilize them, and hopefully, that is exactly what they will do this year.