An all new action RPG.

As of today the official Kickstarter Campaign for Kingdom Come: Deliverance has launched. The game is a medieval-themes open world RPG that centers on a young blacksmith charged with fulfilling the dreams of his recently deceased father. His adventures will take him across the world and send him on a heroic quest which will affect the entire world.

Kingdom Come: Deliverance features a non-linear story which allows the player to decide whether they wish to be the above-mentioned hero, or the game’s villain. Additionally, the game features a uniquely-styles RPG combat system, which focuses on inverse kinematics to deliver an exciting and adaptable first person melee-style combat mechanic.

Should it be successfully funded, Kingdom Come: Deliverance is planned for release across PC, Xbox One, PlayStation 4, Mac, and Linux systems. The game is set at a tentative release date os Q4 2014 for its PC, Mac, and Linux versions, and the overall play through time is expected to be in the neighborhood of 70+ hours. 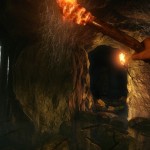 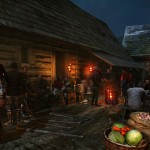 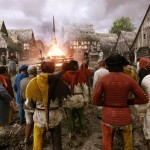 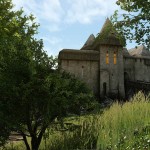 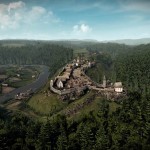