Posted By Rashid Sayed | On 29th, Jul. 2017 Under News | Follow This Author @GamingBoltTweet 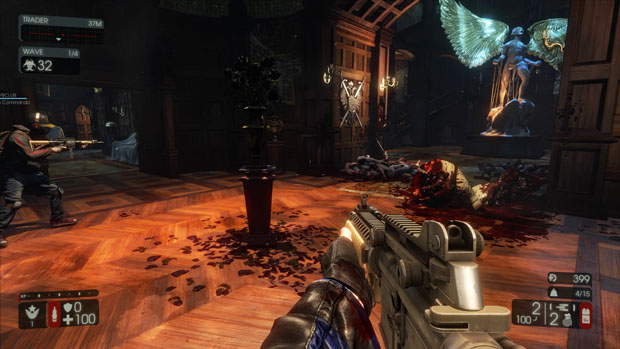 Earlier there were reports that Tripwire Interactive’s Killing Floor 2 will be running at 4K resolution on Microsoft’s upcoming console Xbox One X. However, according to a latest interview, it seems that is not true. Instead the game is running at 1800p resolution in order to maintain a higher frame rate. Furthermore, it was revealed that the developer took only hours to get the game running on the Xbox One X.

Dave Elder from the development team explained that the game took very less amount of engineering on the Xbox One X, however when they tried to run the game at a native 4K, the frame rates started to dip “significantly”. Running the game at 1800p allowed the game to run at a stable frame rate with ultra quality textures with improved shadow draw distance and maps.

Since Killing Floor 2 is a game that requires a lot of GPU resources along with CPU rendering it’s not a huge surprise that the Xbox One X’s archaic CPU is unable to handle a higher frame rate at true native 4K resolution.