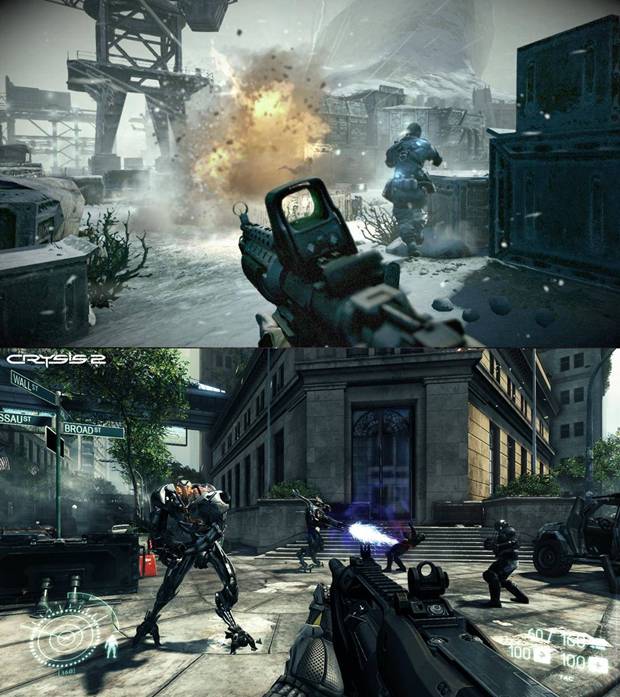 Killzone 3 and Crysis 2, when you hear about these games the first thing that pops in your mind is that both are visual benchmarks for the platforms they are being released on.  Guerilla’s managing director, Hermen Hulst, has stated Killzone 3 will use close to 100% of the PS3’s power. And that is true since Killzone 3 does look a notch ahead of Killzone 2. On the other hand we have Crysis 2. A behemoth in the visuals department, the game is said to surpass the original game graphically and have we have noted that combat in the game will be “catastrophically beautiful”.

So how do these beasts compare with each other? Lets do a video comparison to find out. We have divided the comparison in two videos. The first video takes a look how the games hold up in Single Player and the second video compares the Multiplayer aspect. Take a look.