The best first person shooter on the Vita, yet.

After the disappointing- to say the least- Resistance: Burning Skies and Call of Duty: Black Ops: Declassified, Vita owners and everyone else had pretty much given hope that there would ever be a truly good first person shooter on the system, a shooter that the system can so obviously handle rather well.

There was one game, however, that was always a ray of hope for owners of the handheld system. And that was Killzone: Mercenary. Developed by Guerrilla Cambridge, Killzone: Mercenary showed lots of promise and a hell lot of potential- this could be the one shooter that could take advantage of the Vita’s capabilities in a way that Resistance: Burning Skies could not.

And now that the game is out and we’ve managed to get our hands on it, we can tell you, very emphatically, that our excitement has not been for nothing. Killzone: Mercenary is a great game that brings the Killzone experience to the handheld world really well, and one that proves just how well the Vita can do if it’s handled properly by developers and publishers. 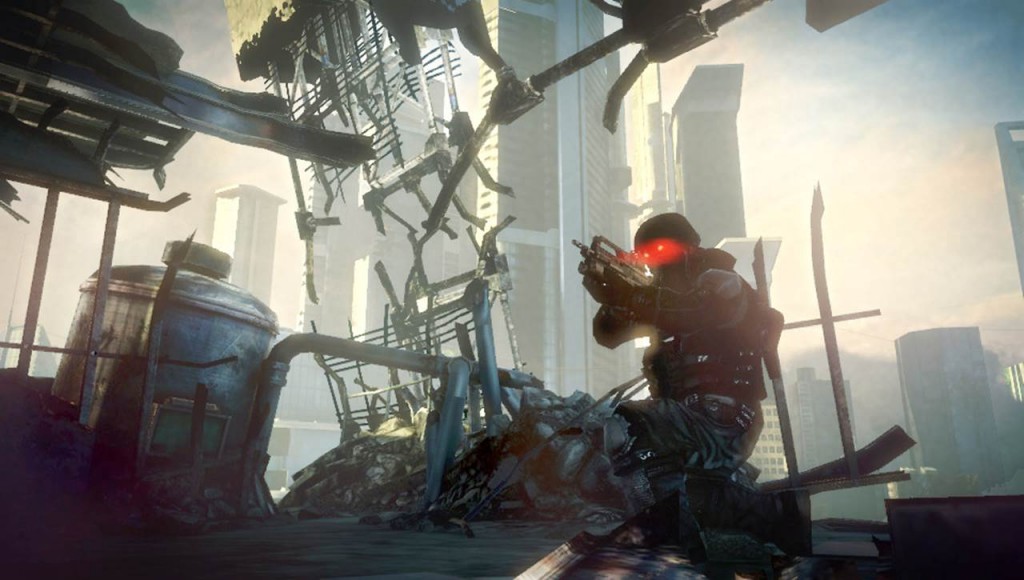 "Using your weapons is just as fun, with Killzone: Mercenary incorporating a great control scheme. Sure, it has some faults. The lack of clickable analog sticks and L2 and R2 leaves you with some frustrating moments, especially while sprinting or throwing grenades and explosives"

Killzone: Mercenary has all the hallmarks of a typical Killzone games- the good ones and the bad ones. Its shooting feels fluid and largely entertaining, though there have been made some much needed modifications and improvements to the gunplay (it doesn’t feel as “tanky” anymore, and the enemies aren’t bullet sponges anymore- at least not to the same extent as before), but its campaign falls short. It takes just nine accomplished missions for players to complete the campaign, and it takes no more than five hours- at max- to do so.

However, that’s not to say the single player campaign isn’t good. No, it’s a very, very good campaign, concise and thrilling and way more creative than any Killzone game has been in a long time. For one, it has a great loadout system. Killzone: Mercenary offers a ton of permutations and combinations of guns, secondary weapons, armour and explosives for you to choose from, and unlocking all of them is great fun.

Using your weapons is just as fun, with Killzone: Mercenary incorporating a great control scheme. Sure, it has some faults. The lack of clickable analog sticks and L2 and R2 leaves you with some frustrating moments, especially while sprinting or throwing grenades and explosives, but the control scheme overall works well, and the gunplay feels extremely close to that of console Killzone games. The controls are at their best, however, during melee attacks, which is when you have to use the touch screen. It’s just a whole lot of fun. 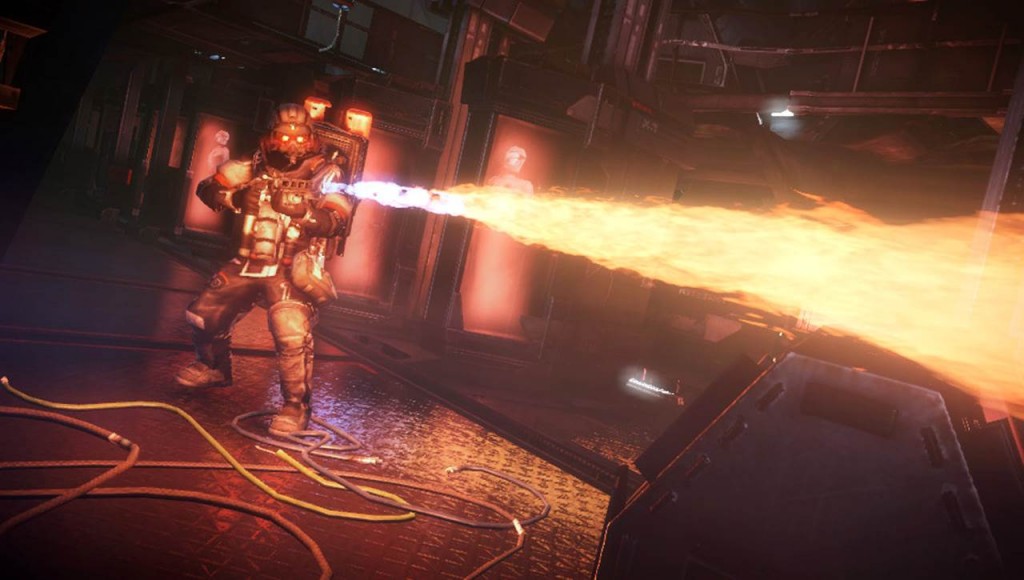 "But what exactly does a mercenary fight for? Vengeance? Blood lust? World peace? No. A mercenary fights for money. And there’s a hell lot of money to be earned in Killzone: Mercenary."

Then there’s the fact that there’s a lot of merit in coming back to play through the single player missions again and again. Given how, in Killzone: Mercenary, you’re not one of the Helghast or an ISA agent, rather a mercenary, there’s no real “enemy” in the game. What keeps you coming back is that as a mercenary, you have optional contracts that you can fulfill throughout these missions. You can be asked to do anything from being stealthy to killing a certain number of people through the mission to killing a specific target or any such thing. It lends a lot of much needed replay value to Killzone: Mercenary’s campaign.

But what exactly does a mercenary fight for? Vengeance? Blood lust? World peace? No. A mercenary fights for money. And there’s a hell lot of money to be earned in Killzone: Mercenary. You earn money for basically everything you do (properly) in Mercenary, whether you’re playing online or off, with on-screen prompters telling you how much you’ve earned for that tank you destroyed or that person you killed. It’s what keeps you coming back to Mercenary for more, more than anything else. There’s an addiction in earning money in Killzone: Mercenary that just cannot be denied.

The multiplayer in Killzone: Mercenary is also quite engaging, if not as deep and multi-layered as what we’ve become used to seeing in the console versions of the series. There are only three modes you can play (deathmatch, team deathmatch and free-for-all, the latter being the best of the three with its inventive objectives for you to complete), six maps and each of them only being able to house no more than eight players. So there’s a truncated feeling to Mercenary’s multiplayer that leaves you a little disappointed. But there’s a great deal of fun to be had playing Mercenary online despite that. 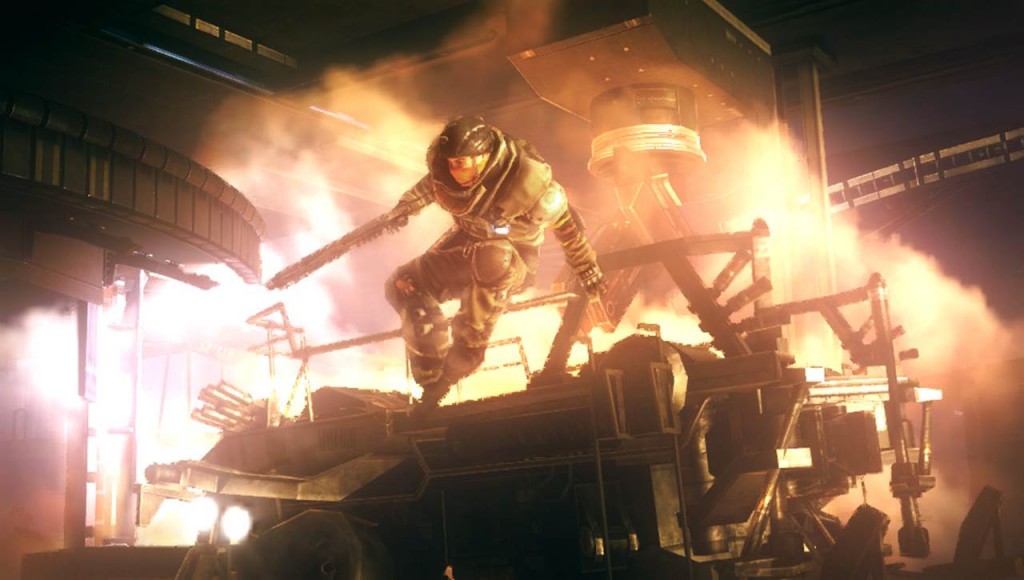 Killzone: Mercenary is a really good looking game. It runs on Killzone 3’s engine, and while it doesn’t look as good as its console brothers (obviously), it does look really good, despite the occasional technical hiccups that mar the otherwise wonderful visual experience.

Ultimately, Killzone: Mercenary is one hell of a game. It has a few issues- but just a few of them, and none of them ever feel big enough to take away from the overall experience. Mercenary is the first good first person shooter the Vita has gotten so far, and if developers follow this game as a benchmark, I doubt it’ll be the last.

Final Verdict:
SUPERB
Killzone: Mercenary is the first good first person shooter the Vita has gotten so far, and if developers follow this game as a benchmark, I doubt it’ll be the last.
A copy of this game was provided by Developer/Publisher/Distributor/PR Agency for review purposes. Click here to know more about our Reviews Policy.