Kingdom Hearts 3 PS4 Pro vs Xbox One X Graphics Comparison – Which Version Is The Best?

Head to head comparison between the PS4 Pro and Xbox One X versions of Kingdom Hearts 3.

Kingdom Hearts 3 is here and it manages to deliver lush graphics and exceptional gameplay. In many ways, Kingdom Hearts 3 is a classic case of video game graphics inching closer to achieving Pixar level CGI quality. Back during the PlayStation 1 games, it was mind-boggling to see games using pre-rendered CGI cutscenes and we were all hoping that one day games released in the future will surpass it. Two decades later, video game graphics have not only managed to absolutely “destroy” those CGI visuals but they have gone far and beyond in terms of fidelity and intricate details. One has to just take one look at the recently released Resident Evil 2 to get an idea about the current landscape of video game visuals but with Kingdom Hearts 3, we are dealing with something different, and possibly, something special.

The character models are easily the best of the lot in Kingdom Hearts 3. There is an impressive amount of detail packed into characters like Sora, Goofy and Donald, specially during cutscenes. As is the norm these days, cutscenes are rendered in real time but with increased post processing effects and richer character models. This results into a bit of inconsistency as gameplay character models can look a tad inferior compared to their cutscene counterparts. This was pretty much the case with Resident Evil 2 but the fact that the current gen consoles are able to render these kinds of visuals in real-time regardless of them being cutscenes, is something we at GamingBolt appreciate a lot.

This is all down to our favorite tech of this generation, physical based rendering, along with incredible use of material shaders and texture work. Furthermore, the animation work here is commendable, not only in cutscenes but also during combat sequences  (Sora sliding and casting magic at the same time looks awesome!). Unfortunately, hair rendering tech is still pretty much underwhelming but when viewed in context of the animated visuals, it’s something we can forgive and forget.

It’s also interesting to note that the visuals you see in the movies are rendered by massive render farms. So, in this context what the developers have achieved with in-game cutscenes’ visuals are nothing short of astonishing. The movies feature high quality skeletal animations, better looking shaders and materials but the work done on animations and character modeling in Kingdom Hearts 3 on hardware which is pretty old is something that deserves a ton of praise.

However, all of these advancements in the tech are largely limited to cutscenes. The visuals during gameplay have the already well established current-gen look with some inconsistencies in a couple of graphical parameters. To begin with, the game suffers from weird aliasing issue on distant objects on both the PS4 Pro and Xbox One X. It’s pretty noticeable in some areas and to be honest, image quality takes a hit due to this. Furthermore, texture quality of environments isn’t all that high during gameplay sequences with low resolution textures found in some places. It’s not something that you will notice immediately but it’s present and along with aliasing issues, it impacts the overall presentation. 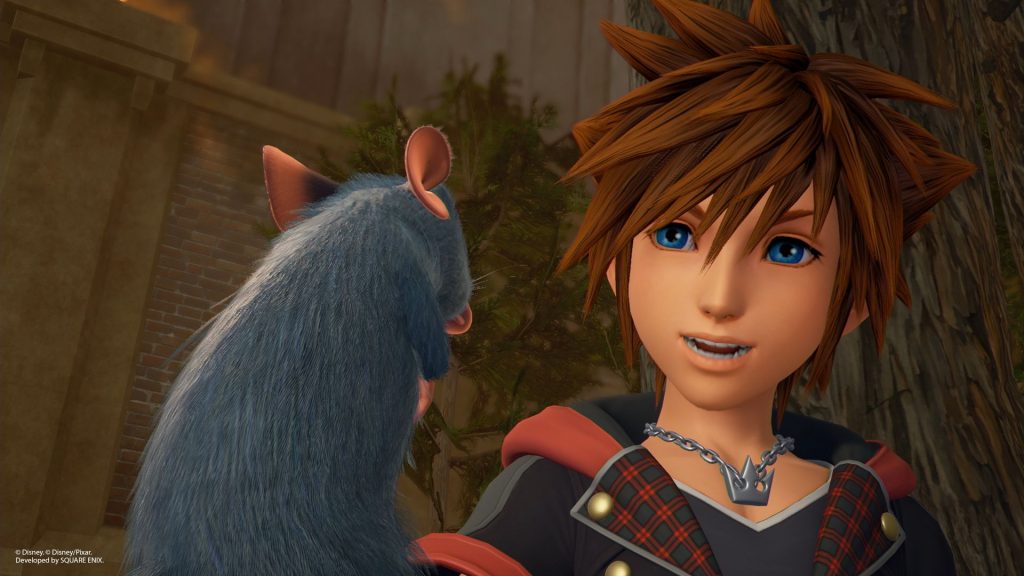 Despite the previously mentioned shortcomings, Kingdom Hearts 3 excels in some remarkable implementation of particle effects along with alpha and volumetric effects. The weather elements in Kingdom Hearts 3 are scripted but seeing the rain fall down heavily on Sora and his skin shaders reacting accordingly is satisfying to look at. Thanks to phenomenal looking combat moves, Attractions and Summons, Kingdom Hearts 3 can be quite a looker. Be it fire, ice, water or the roller coaster and the pirate ship attractions, all of this gel extremely well with the intricate art style on offer. Kingdom Hearts 3 is an extremely attractive looking game, thanks to its smart choice of color palette and post processing effects.

Now that we have described the technical achievements of Kingdom Hearts 3, we will now take a look at how the game runs on the PS4 Pro and Xbox One X. Much to our surprise the game offers two graphical settings on both the PS4 Pro and Xbox One X. They are Default and Stable modes and to be honest we are not sure why they went with such a complicated naming scheme. They could have simply named it Performance and Graphics mode. Regardless, in Default mode the game targets 60fps whereas Stable mode targets 30fps. As you can probably guess selecting either mode will impact the rendering resolution. In Default mode, none of the versions manages to run at a locked 60fps but the Xbox One X is the version that is consistently closer to the target.

The PS4 Pro on the other hand is definitely running a few frames less than the Xbox One X. A 1080p/60fps is reportedly possible on the PS4 Pro if the user is able to change the resolution via the PS4 Pro’s system settings. In Stable mode, the game runs at 30 fps and we didn’t encounter much issues here. Overall, the Xbox One X seems to be the better version here with better image quality and performance. However, frame pacing seems to be an issue in both modes, but the Stable mode seems to be severely impacted by it on both platforms. This is a tad disappointing but we are hopeful that this will be fixed in a future patch. Also, cutscenes always render at 30fps regardless of the mode you choose. 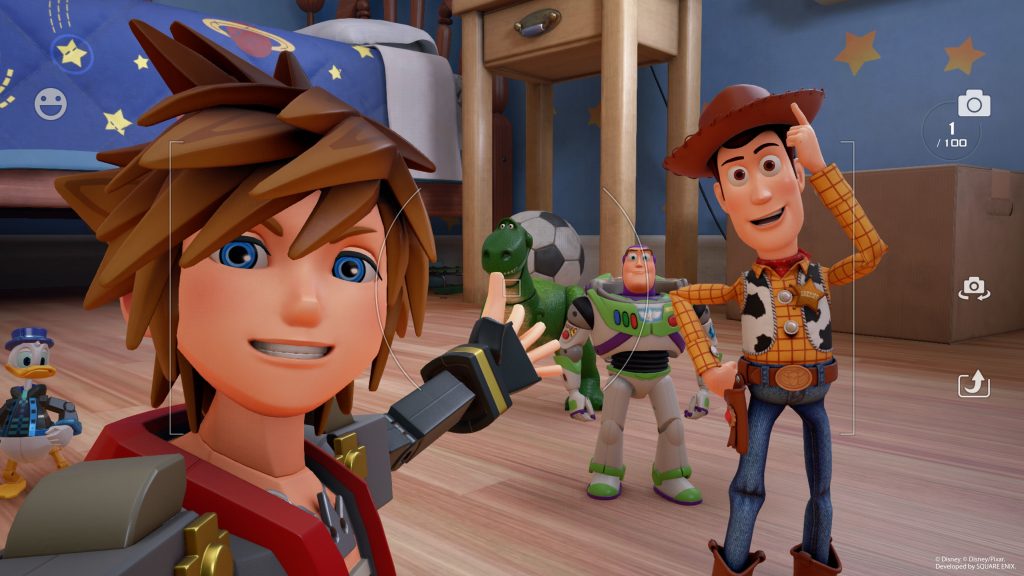 From a technical standpoint, Kingdom Hearts 3 moves the medium ahead with cutscenes’ visuals that rivals its Pixar counterpart. On the actual gameplay graphics front, we have mixed feelings. There is no doubt that the game looks great, plays well but the inconsistent frame rate in Default mode and frame pacing issues will possibly impact some players. It was quite annoying for us in Stable mode but once again, the experience may differ from player to player.

Regardless, if you desire an experience which is close to 60fps at the highest possible image quality, then the Xbox One X version is clearly the winner here. Better image quality and stable frame rate are two parameters that we cannot overlook so it’s clear which console you need to play Kingdom Hearts 3 on if you want an overall better experience.