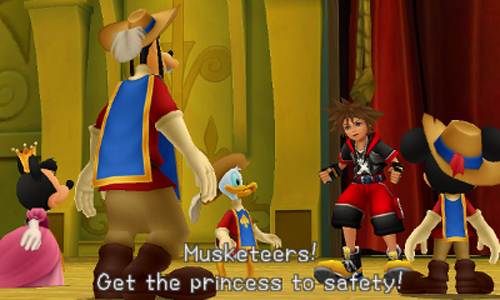 Square Enix today announced that brand new demos for Kingdom Hearts 3D and Theatrhythm Final Fantasy are now available to download in the Nintendo eShop for the 3DS.

These demos bring two of the biggest franchises in gaming, Kingdom Hearts and Final Fantasy to the Nintendo eShop for the first time in Europe.

In the demo for Kingdom Hearts 3D, players will take control of Sora, harnessing the power of the all-new Flowmotion action system to swing, slide and smash through the world of Traverse Town. The Theatrhythm Final Fantasy demo will guide players as they tap, swipe and slide along to the rhythm of a classic Final Fantasy soundtrack across a variety of different music stages.