A video for the theme song performed by Hikaru Utada has also been released. 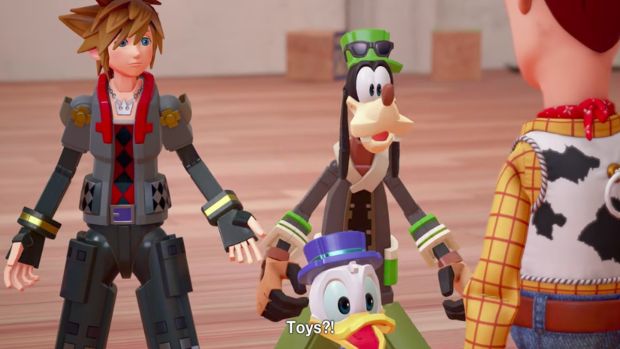 At the Japanese D23 Expo in Tokyro, Square Enix brought forward a presentation on Kingdom Hearts III and we’ve received a new trailer as a part of this. It had been rumored before that this new entry into the series would feature a Monsters Inc. world and the new trailer provides confirmation that our heroes Sora, Donald and Goofy will get their own monster incarnations in this world and they can be seen in this form as they meet Mike and Sully.

Additionally, we get to see the return of antagonists Vanitas and Marluxia who were present in previous entries in the series. We also get to see characters and worlds from other Disney films such as Tangled and Toy Story. Apart from this trailer, a second video has also been released featuring the theme song titled “Oath” which is performed by Hikaru Utada. It was previously rumored that the game’s theme song would be performed by Utada-san but it’s great that we can now finally hear it.

Kingdom Hearts III is set to release for the Xbox One and PS4 with no release date confirmed as of now. You can check out the new trailer and the Japanese theme song trailer below.