Sqaure has confirmed that it has plans for releasing a Special Edition of its upcoming PSP Role Playing Title, Kingdom Hearts: Birth By Sleep, and it will be out in UK on September 10 and in the States on Spetember 7. 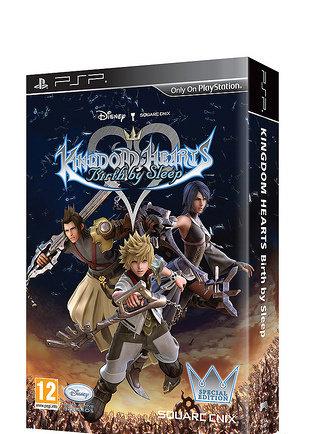 The Special Editon will contain a 48-page thich hard back art book called ‘The Art of Kingdom Hearts Birth by Sleep.’ It will also have two Birth By Sleep art prints.

Sony will be releasing Kingdom Hearts: Birth By Sleep in the US with a limited special edition, Kingdom Hearts Birth by Sleep PSP  Entertainment Pack bundle, which will have a copy of the game bundled with a PSP-3000, a 4GB Memory Stick, and a yet-to-be-revealed movie.