Kirby and the Forgotten Land Uses English as a Base for UI Design, a First for the Series

HAL Laboratory confirms that it used English as a base while designing the UI for the upcoming 3D platformer, which is a first for the series. 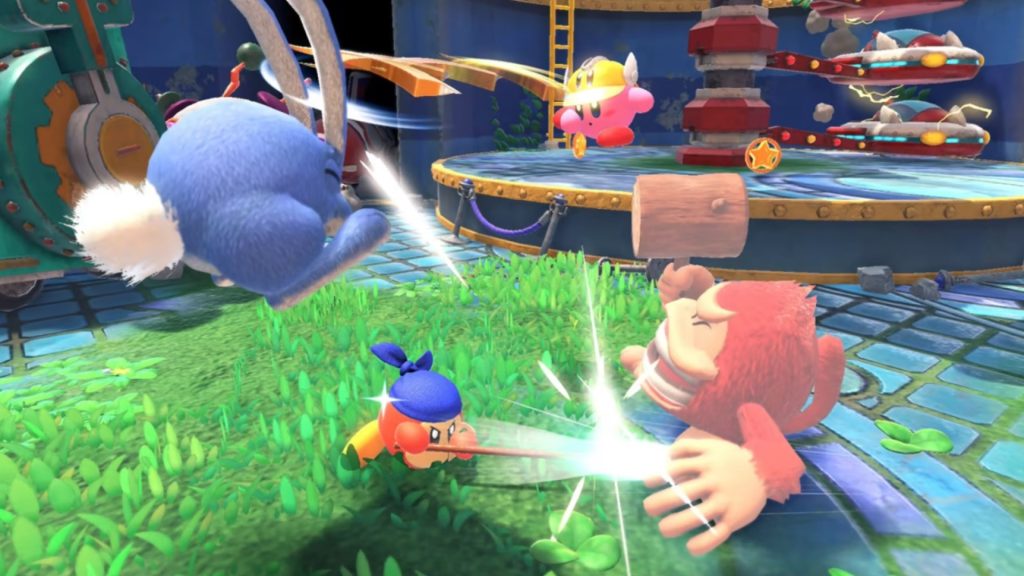 With Kirby and The Forgotten Land releasing imminently, the team at developer HAL Laboratory recently sat down with Nintendo to talk about various topics in regards to the game, ranging from design to localization. In response to one of the questions, it was revealed that this is, interestingly, the first Kirby game that uses English as its base to design its UI rather than the usual Japanese.

During the interview, director Tatsuya Kamiyama explained that English was the default language decided on while designing the UI, to ensure that the menus and UI for the game looked more natural worldwide. He said that even though using Japanese would’ve been intuitive for them, it created an issue where designing the spaces for Japanese characters would leave other languages with squished out text, making it hard to read.

“Using Japanese for the user interface would be more intuitive for us, but designing those spaces for Japanese characters left other languages with text that was squished and hard to read,” Kamiyama said. “So we decided to design those sections in English rather than Japanese, which resulted in much longer text than we’re used to seeing.”

The general director Shinya Kumazaki explained how this decision created a challenge for them when developing it, where it was difficult writing the text, implementing, and checking it in-game since all of it was in English.

“We believe it’s important to make sure the text in those areas doesn’t slow the game down for anyone, so we tried to keep players from all over the world in mind,” he said. “We put a lot of effort into that section of the game.”

Kirby and the Forgotten Land is slated to launch worldwide on March 25.