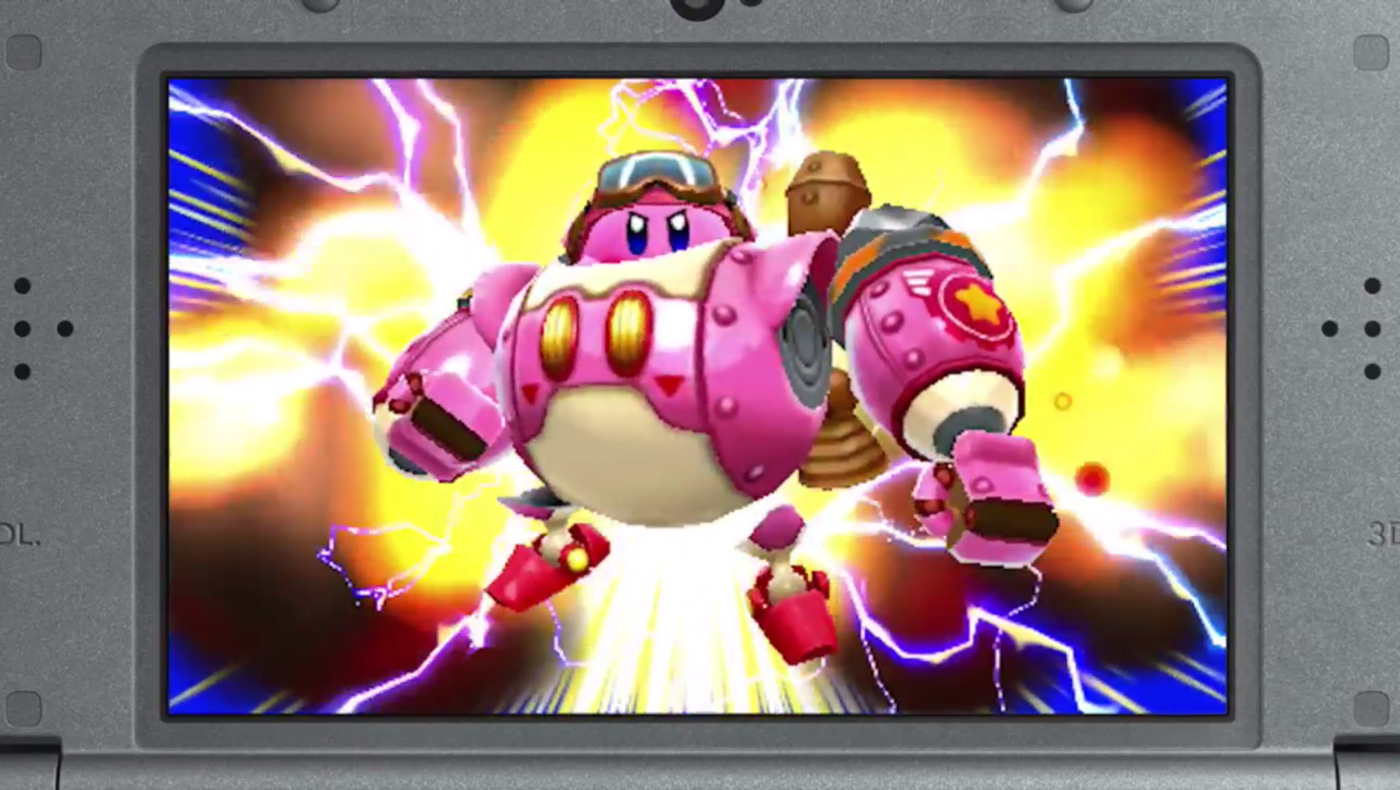 One of the last announcements Nintendo made during their Nintendo Direct today was a brand new Kirby game. Kirby: Planet Robobot looks like a new entry in the delightful series of platformers, and as with all Kirby games, this new one has a gimmick to instantly add a wrinkle to the platforming. In this case, the game features robotic enemies, which once you take down, you can take on the powers of.

Which… sounds an awful lot like Mega Man, actually.

As is the case with just about every new Nintendo game that is announced these days, Kirby: Planet Robobot will have Amiibo support. Nintendo will also be launching a new line of Kirby Amiibo as well, featuring characters from the popular series.

Kirby: Planet Robobot launches on June 10, exclusively on the Nintendo 3DS. The last game in the series for 3DS, Triple Deluxe, was actually pretty damn awesome, so we have high hopes from this one.